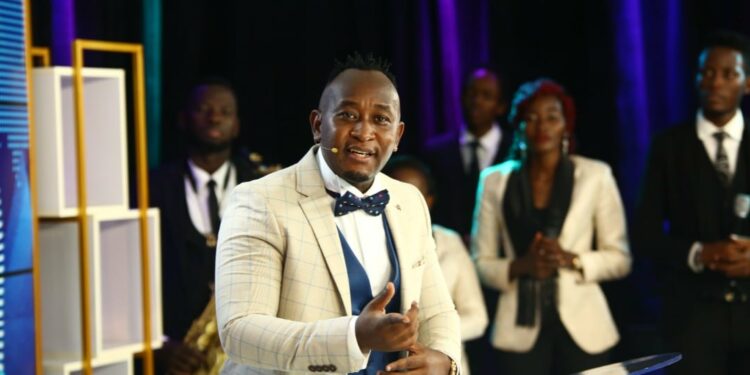 The continued lockdown of places of worship has forced Pastor Elvis Mbonye’s followers to take his annual honouring celebration to Nairobi, Kenya.

Prophet Mbonye is the founder and lead preacher of Zoe Ministries.

This will be the first time in four years that Mbonye’s followers, known as Remnants will ‘Double Honour’ him outside Uganda. The tradition in honour and recognition of the impact the Prophet has had on people’s lives is held every first day of and was started in 2017.

The previous editions have attracted international artistes such as Mican Stampley in 2018 and Ron Kenloy the following year.

But this year’s decision to take the ‘online concert extravaganza like no other to celebrate a Prophet in the league of his own’ due Wednesday September 1, follows the closure of places of worship by government to curb the spread of COVID-19 yet other businesses seem open.

In June, President Museveni closed all places of worship – churches and mosques – for 42 days. However, almost three months later, these places are yet to re-open.

Last year, Prophet Mbonye wrote a letter to political leaders, urging them to ‘re-examine his or her conscience as far as this imminent matter concerned, and to recognise the nature of our country’s peril.’

“In the face of this danger, there is no escaping either the gravity or totality of this threat if we are to ensure the survival of what truly makes us a nation whose God is a true God,” Prophet Mbonye, who has advocated for an end to the lockdown, wrote.

“We know from Proverbs 14:34 that ‘righteousness exalts a nation’ and believe me this goes beyond holding ‘prayer breakfasts’ and merely giving God lip service in your speeches.”

He added: “…unfortunately, you have not even spared places of worship as your tentacles have spread across and are seen and felt. The ‘clergy’ who have been infected by dirty politics have brought this contagious bug to the churches, infecting the flock with it thus ravaging it by causing division using the hate that is witnessed. You must guard against the acquisition of unwarranted influence, especially when it extends to matters faith.”

Mbonye, who has previously precisely revealed the events of the future with many National and International prophetic fulfillments, also tasked politicians to remember that ‘if it looks like tyranny, talks like tyranny and walks like tyranny, it is not constitutional democracy.

“Dear politician, don’t get us to the place where we have to make a choice between you and God: Judge for yourselves whether it is right in God’s sight to listen to you rather than God,” he said, adding, “Dear politician, you can ignore God but you cannot ignore the consequences of ignoring God.”