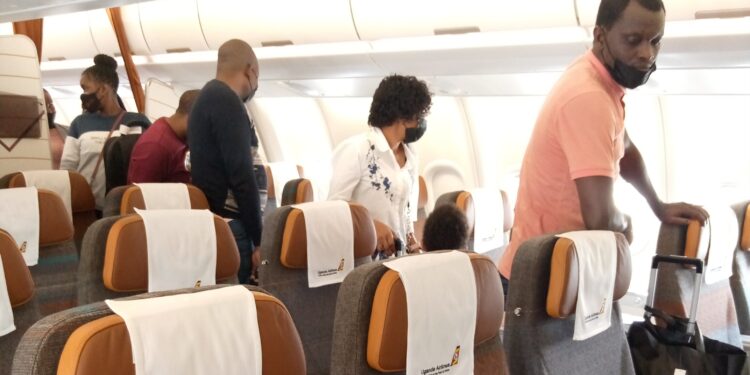 Uganda Airlines A330-800 NEO, one of the two new airbus birds acquired by the national carrier made its maiden commercial flight to and from Julius Nyerere International Airport in Dar es Salaam on Sunday morning.

August 29: 9am – the A330-800 NEO took off from Entebbe, Uganda to Dar es Salam in Tanzania where it landed at 10:20 am at least 10 minutes ahead of the scheduled time. This was remarkable given the delays experienced on other regional airlines.

On landing, the crew was served with a cake from the Tanzania team to celebrate the airbus’ maiden commercial flight to the airport.

To mark two years of Uganda Airlines, the company offered its customers a feel of the new airbuses to fly them to the region’s capitals including Nairobi, Johannesburg, Juba, Dar es Salaam and a flight to Bujumbura is coming up.

The mission for these flights is to give Uganda Airlines customers a feel of the new birds. Indeed – the bird is worth showing off.

Since the flight touched down at Julius Nyerere International Airport at exactly 10.20am, this left such an impression on passengers. Uganda Airlines is slowly building a reputation of being the most punctual airline in the region – arriving ahead of schedule is becoming a routine – and customers are noting.

In Dar es Salaam I got a chance to meet the pilots. Captain Kokoro Janda, the pilot of this plane who during the flight was speaking to passengers in a pleasant, calm voice, told me, “This aero plane is great”. Passengers agreed with him-; Alexander and Douglas Mutumba who were on the flight, told this website – the flight was clean, fresh and smells good.

“They are ahead of schedule. No stress at all. You can smell it. It is fresh,” said Alexander.

Captain Nikolaj Novella Olsen, an airbus trainer for the A330-800 NEO – went ahead to ask me, Are you familiar with this aircraft?”

Olsen is in the country as part of the additional support services Airbus company gives its aircraft customers. He ensures he flies with the pilots.

He said it is the latest version of the airbus330-800 NEO. NEO stands for ‘New Engine Option’.

He said, “This one is using less fuel than the previous version of the 330. We are talking about 20% fuel saving, less gas emissions, and also the wingspan is increased with some new winglets. Wingspan is 64 metres, the older one has shorter wingspans.”

He said the A330-800 has new navigation features and it has all the latest equipment you can put on this plane.

“Uganda Airlines ordered it with almost all options it can get,” said Olsen, an airbus captain trainer.

As we waited for the flight to return to Entebbe, I also spoke to Mr George Bright Sekatawa, a senior flight purser, and cabin crew head.

George whose airline career spans at least 11 years told me how he was overjoyed to join Uganda Airlines recently. He heads the cabin crew on the A330-800. He told me the prime duty of his crew is the safety and comfort of passengers while on board.

“Everything is going on smoothly. It feels so good and I am so proud working with a home grown airline,” George who oozes confidence said.

“On our flight to Juba, it was more than half,” he told me, with a twinkle in the eye because not many people are flying nowadays due to Covid-19 restrictions.

He said his team has been trained to ensure safety for passengers and handle any inflight emergencies, including health situations for instance, clients panic, asthmatic or heart attacks. 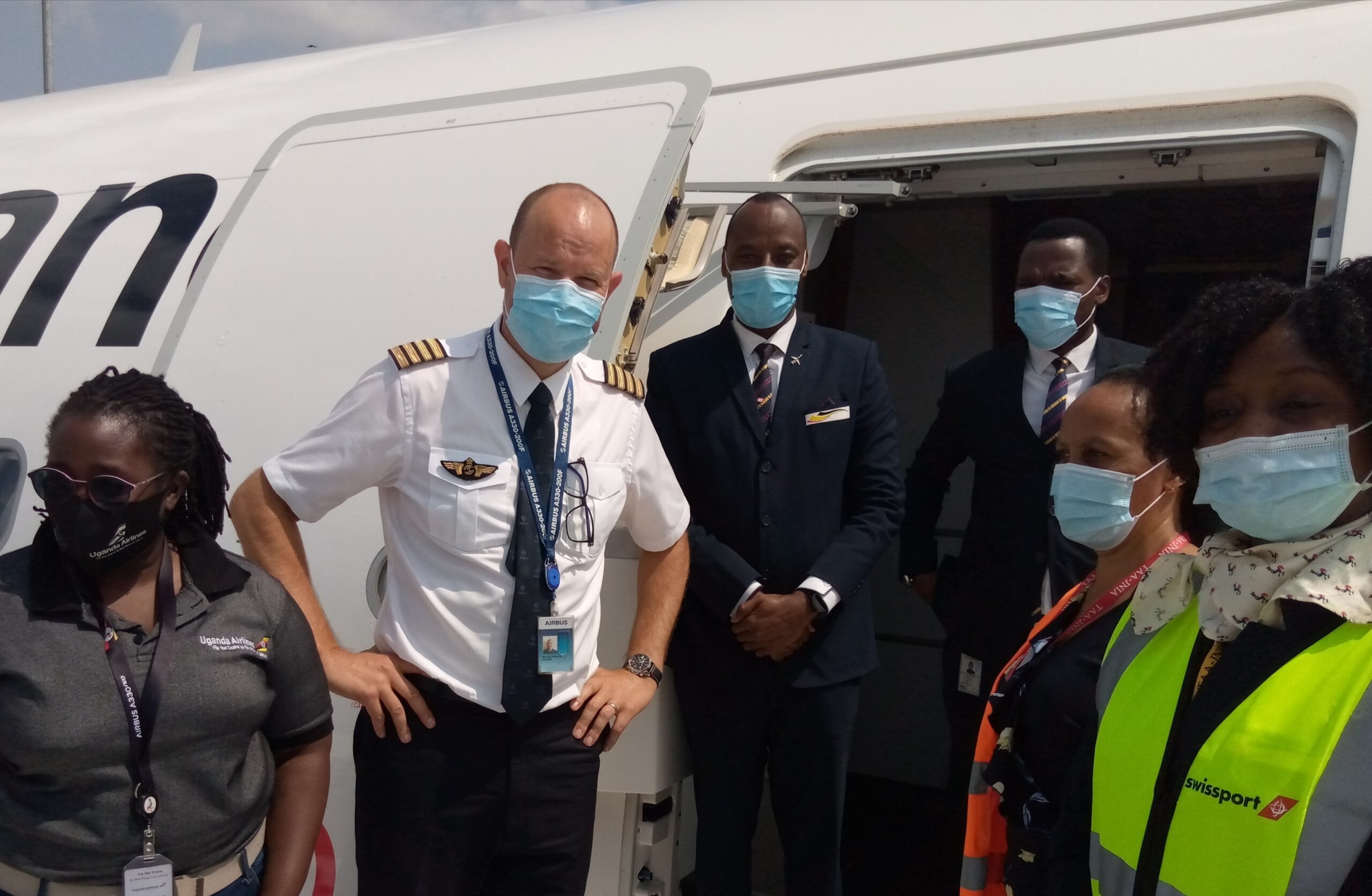 The Cabin crew head also said in the days of Covid-19, Uganda airlines has trained its cabin crew to ensure their own safety as well as that of their passengers.

“You have seen the entire crew doesn’t take off face masks. They observe high health precautions including sealing the food served on the aircraft.

Uganda Airlines makes five flights to Tanzania every week. All five land in Dar es Salaam, and one is direct from Entebbe. Kirimanjaro and Zanzibar have two flights each in a week.

Thanks Kokoro, Nikolai, Tina, and George – and the rest of the crew for the fantastic flight.