by Stephen Kalema
in National, News
58 3 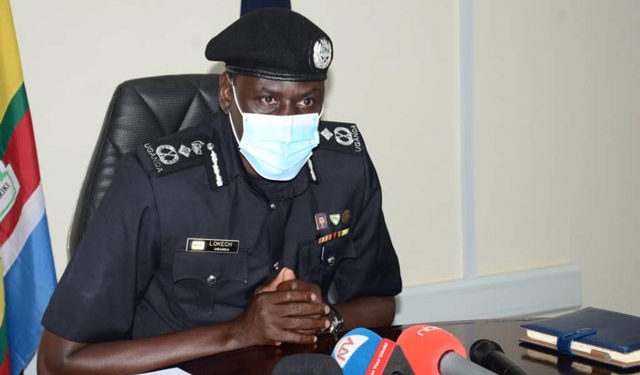 “The IGP with deep sorrow regrets to announce the sudden demise of the Deputy Inspector General of Police, Major General Paul Lokech. He passed on from his home this morning. A detailed statement on the cause of death and burial arrangements will be availed in due course,” Uganda Police also posted on their social media pages.

Details regarding the cause of Gen Lokech’s death are still scanty. However, according to Government Chief Whip Thomas Tayebwa, the senior army officer died of blood clot.

” Just received very sad news that Gen. Paul Lokech has gone to be with the Lord. Why Why Why God? Why Gen. Lokech? A clot has taken u at a time we needed u most! Go serve with the angels Soldier! Till we meet again🙏🙏🙏🙏🙏,” Tayebwa said.

Paul Lokech, was a senior military officer at the rank of Major General, in the Uganda People’s Defence Forces (UPDF), who was appointed Deputy Inspector General of Police of the Uganda Police Force on 16 December 2020 replacing Maj Gen Sabiiti Muzeeyi.

Lokech, has been and will be remembered for being at the forefront of fighting terrorism in Uganda.

Between November 2017 and December 2019, he served on special assignment “to monitor on behalf of the guarantors of the South Sudan peace process, the assembling, screening, demobilization and integration of the armed forces of South Sudan”.

Prior to that, from December 2018 until July 2019, Gen Lokech was Commandant of Uganda Rapid Deployment Capability Centre (URDCC), in Jinja, in the Eastern Region of Uganda. He was appointed to that position in December 2018.

His military career includes service in various leadership capacities, including two tours as the Commander of the Uganda contingent to Somalia, as part of the AMISOM peace-keeping force. The first tour was between 2011 and 2012. His second Somalia rotation was from 2017 until 2018. During his first tour, Lokech commanded Battle Groups Eight and Nine, responsible for ejecting Al-Shabaab militants from Mogadishu in 2011.

Before his second tour in Somalia, he was the Commanding Officer of the Second UPDF Division, based at Makenke Barracks, in Mbarara, in the Western Region of Uganda.He has previously served as the Military Attaché at Uganda’s Embassy to Russia, based in Moscow.

Lokech also served as part of Uganda’s peace-keeping forces in South Sudan. He was part of Operation Safe Haven (OSH), a UPDF operation in the Democratic Republic of the Congo intended to neutralize the rebel Allied Democratic Forces (ADF).

In February 2019, President Yoweri Museveni promoted over 2,000 men and women to various ranks in the UPDF. As part of that exercise, Paul Lokech was promoted from Brigadier to Major General. His name was inadvertently left off the original list, and the Uganda military apologized for that omission.