by watchdog
in Health, News
5 0 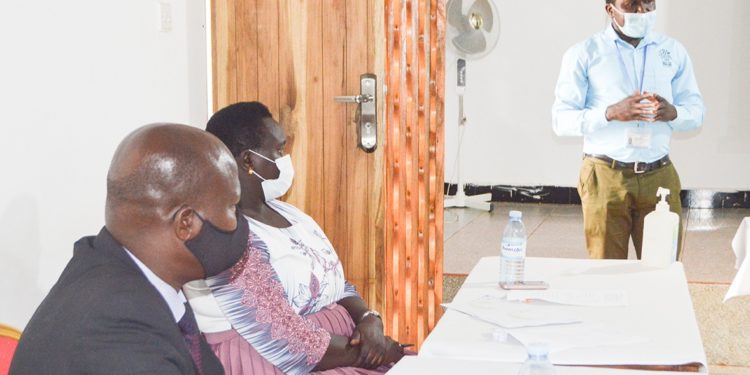 Kapchorwa’s raise in early sex and teen marriage rate saw an even bigger hike in Female genital Mutilation over the past one year among teens.

Faith Chepkurui, a District Youth Councilor in Kapchorwa says that teen marriage rates are up to a whopping 60% from 35 % among girls and boys aged 12 to 17 years since July 2020, and early sex up at 55 % from 29 % among teenagers, according to a district survey 2020/ 2021 report. Teen pregnancy rates among young girls has also increased to 29 % in the last one year.

“It’s really a one-two punch for parents, leaders in Kapchorwa in this COVID pandemic,” says Chepkurui. “Teens are having more sex, and among the teens who are having sex, they’re not using effective methods of birth control. Some pupils in primary five and seven are either married or pregnant, because of forced marriages from wealth self-seeking parents, punishments by parents and teens who are tired of staying home, ” according to Chepkurui.

Bismarck Chemonges, Kapchorwa Youth Action Movement (YAM) focal person believes that before the COVID 19 pandemic, Kapchorwa had lower levels of teen marriages and early sex, but the idleness at home during the lockdown has raise the numbers but also increased Female Genital Mutilation (FGM) to 5 % from 0.2 % the Uganda Bureau of statistics (UBOS).

“The challenge of FGM is that, it is done under ground in hiding, but the result is girls whose genitals are mutilated immediately qualify for married. This has increased early sex and teen marriages in the district” Chemonges says.

“Monetized pregnancies, marriages are rampant among teens, and are propelled by parents. It is unfortunate that even as this goes on, the unmet need for family planning stands at 42% which is to high, but with the Reproductive Health Uganda (RHU) and the Right Here, Right Now (RHRN) project SRHR challenges will reduce in the next five years,” Masai says.

Mary Chebet, Kapchorwa district Inspector of School decries the levels at which the COVID 19 pandemic has hit the education sector with primary pupils getting pregnant, married off, defiled, raped and aborting babies.

“Education and childcare have been hit most in Kapchorwa district, that is why we are grateful with RHU’s, RHRN project intervention to ease the problems faced by the community regarding children aged 10 to 24 years. We call upon the communities to embrace the project,” Chebet says.

According to the Uganda Demographic and Health Survey (UDHS 2016), the national prevalence of FGM among girls and women aged 15 – 49 is 0.3 percent.
George Magunda, Kapchorwa Resident District Commissioner (RDC) appreciates the efforts aimed at stopping violence among young people and their enjoyment of sexual and reproductive health rights by RHU.

“The RHRN project is welcome to Kapchorwa and will be supported by government and local communities to ease the challenges faced among teenagers and young people aged between 12 to 24 years of age,” Magunda says.

But Jackson Chekweko, Executive Director RHU believes that the collaboration with Kapchorwa district local government and six other partners including the media, youth aged between 10 to 24 years will enjoy sexual reproductive and health rights (SRHR) in the district. He cites an increase in FGM during the COVID 19 pandemic to 5%, yet before it was at almost 0%.

“RHU will ensure to reach hard to reach areas like Kaptanya, Tereyat and Kapsinda sub counties with funding from Netherlands Foreign Affairs ministry and Rutgers to apply a holistic approach towards ending the sexual reproductive and health rights (SRHR) challenges, like FGM, pregnancies, early marriages and lack of information among young people,” Chekweko says.

Chebet Evelyne Kubarika, Kapchorwa LCV Chairperson launched the RHRN – RHU project with a hope that at the end of the five years period, the SRHR’s enjoyment among young people will increase amidst utmost transparency among implementing partners in Kapchorwa.