The calm communicator renowned for using her big online following to promote Uganda's tourism and positives about the country, has served in various Public Relations and Communication capacities in the country.

The appointments were announced on Tuesday by the Parliament Director of Communications, Chris Obore.

Profile
An old girl of Mt. St. Mary’s Namagunga, Kagingo is one of the most famous former Guild Presidents of Makerere University.

The calm communicator renowned for using her big online following to promote Uganda’s tourism and positives about the country, has served in various Public Relations and Communication capacities in the country.

In April 2021, the Uganda Peoples’ Defence Forces (UPDF) organised a football match and other activities to mend relations between the forces and the media, culminating into a dinner held in Mbuya. During the dinner, Kagingo, the CEO of SoftPower News, was one of the media personalities who received an award from the former Chief of Defence Forces (CDF), Gen David Muhoozi in recognition of her contribution to fostering better relations. 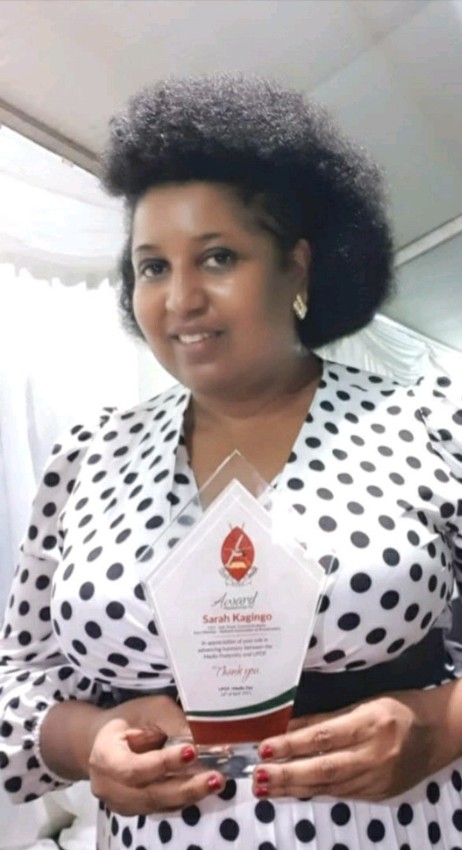 Between 2011 and 2014, Kagingo served as Special Presidential Assistant for Communication relaying real-time updates of the President’s works.

Between 2015 and 2017, she was in charge of communications and public affairs at Operation Wealth Creation (OWC).

The immediate past president of the Public Relations Association of Uganda(PRAU) is also a board member at the Private Sector Foundation Uganda(PSFU) representing professional services and a member of the exco of the National Association of Broadcasters(NAB).