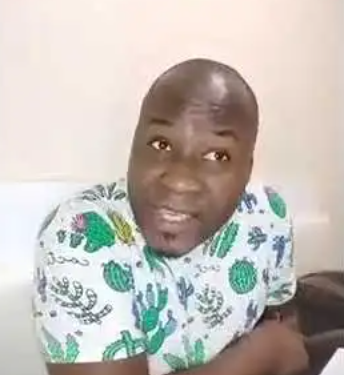 Youtuber Fred Lumbuye has run out of luck and got arrested. The news is likely to put a smile on the faces of regime fanatics for whom Lumbuye had become a stone in the shoe.

The blogger was arrested in Turkey from where he was broadcasting his hard hitting youtube videos targeting government of Uganda and Buganda Kingdom officials.

Reports this news website has, indicate that the Turkish police arrested Lumbuye on Tuesday evening. Charges against Lumbuye are yet to be revealed but friends and fans have said he is wanted in Uganda on hateful propaganda against President Museveni’s government.

Mr Lumbuye  is the blogger who announced Kabaka Mutebi of Buganda and President Museveni dead, leading to speculation on the health of the principals.

It is not clear under which law the government of Uganda, will extradite Mr Lumbuye.

Recently Mr Museveni ordered his security and diplomats to hunt down critics who spread fake news against his government.