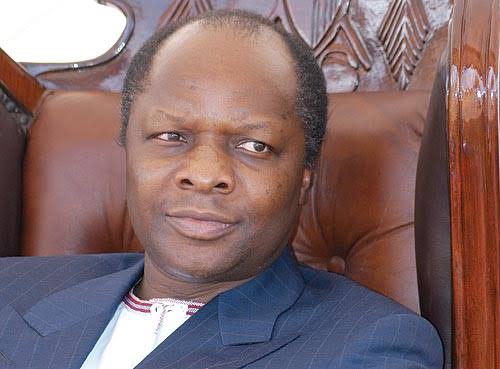 Ronald Edward Frederick Kimera Muwenda Mutebi II is the reigning Kabaka (also known as king) of the Kingdom of Buganda, a constitutional kingdom in modern-day Uganda. He is the 36th Kabaka of Buganda.

Here are the 10 things you didn’t know about Kabaka Mutebi:

1.Kabaka Mutebi was born on 13 April, 1955 at the Mulago Hospital, Kampala. He is the son of Edward Frederick William David Walugembe Mutebi Luwangula Muteesa II, Kabaka of Buganda, who reigned between 1939 and 1969. His mother was Nabakyala Sarah Nalule, Omuzaana Kabejja, of the Nkima clan.

2. He was educated at Budo Junior School, King’s Mead School in Sussex and Bradfield College, a public school in West Berkshire. He then entered Magdalene College, Cambridge.

4.While in exile he worked as Associate Editor of the magazine African Concord and a member of the Executive Committee of the African National Congress (ANC) in London. On 21 November 1969, upon the death of his father, he succeeded as the Head of the Royal House of Buganda.

4.He returned to Uganda in 1988, following the removal of the Obote II regime and the military junta that briefly replaced Obote II. He was proclaimed at Naggalabi Buddo on 24 July 1993 upon the restoration of the Ugandan Kingdoms. On 31 July 1993, he was crowned at Naggalabi. He assumed the style of “His Majesty”. He maintains his capital at Mengo.

5.Kabaka Mutebi is married to one wife, whom he wed on 27 August 1999. The official title of the Kabaka’s wife is the Nnabagereka. Her full name and title is Sylvia Nagginda, the Nnabagereka, daughter of John Mulumba Luswaata of Nkumba, Kyaddondo, a member of the Omusu clan and Rebecca Nakintu Musoke who currently lives in New York. She is the granddaughter of George William Musoke and Nora Musoke of Nazzigo, Kyaggwe; and Omutaka Nelson Nkalubo Sebugwawo and Catherine Sebugwawo of Nkumba.

6. Kabaka’s royal wedding was held at Saint Paul’s Cathedral Namirembe, in Kampala, on 27 August 1999.Together, they have one daughter, Sarah Katrina Mirembe Ssangalyambogo Nachwa, born on 4 July 2001 in London, United Kingdom.

7.The children of Kabaka Ronald Muwenda Mutebi II include the following: (1) Prince (Kiweewa) Savio Muwenda or Juunju Suuna, whose mother is Vénantie Sebudandi. He was born in London, United Kingdom, in 1986. He attended King’s College, Budo, before moving to England for further studies. (2) Princess (Omumbejja) Joan Nassolo. (3) Princess (Omumbejja) Victoria Nkinzi. (4) Princess (Omumbejja) Katrina Sarah Kirabo Ssangalyambogo. She was born in London, UK, on 4 July 2001. She attends private school in Kampala, Uganda. She is an excellent swimmer and has won awards at competitions in East Africa, within her age group. (5) Prince (Omulangira) Richard Ssemakookiro, born in July 2011.

8.On 17 January 2012 the Katikkiro (Prime Minister) of Buganda Kingdom at that time, Engineer John Baptist Walusimbi, confirmed that Prince Ssemakookiro’s mother is a Muganda lady from the Enseenene (Grasshopper) clan. Later, the prince’s mother was revealed as Rose Nansikombi, who hails from Luweero District in Buganda (Central Uganda).

9.On 15 April 2011, he was installed as the first chancellor of Muteesa I Royal University. The university was founded in 2007 and named in memory of Muteesa I of Buganda, in recognition of his foresight in promoting education in Buganda and Uganda and of his superior diplomatic skills in juggling the influences of the British, the French, and the Arabs in the late 1800s.

10.As the head of the Buganda kingdom, he owns Nkuluze Trust, which runs the following kingdom properties: Buganda Land Board, which is responsible for kingdom land and other land matters, K2 Telecom, which is a telecommunication company, BBS Television, which is a kingdom TV, CBS FM, Majestic Brands, which deals in selling royal products, Ngule beer in collaboration with Uganda Breweries Ltd, Muganzirwazza Plaza, a commercial building in Katwe, a suburb of the Ugandan capital Kampala, Masengere building another building, which also houses Kingdom Television.