Gen Katumba shooting: Security agencies raise reward to Shs20m for anyone with information leading to arrest of assailants’ leader 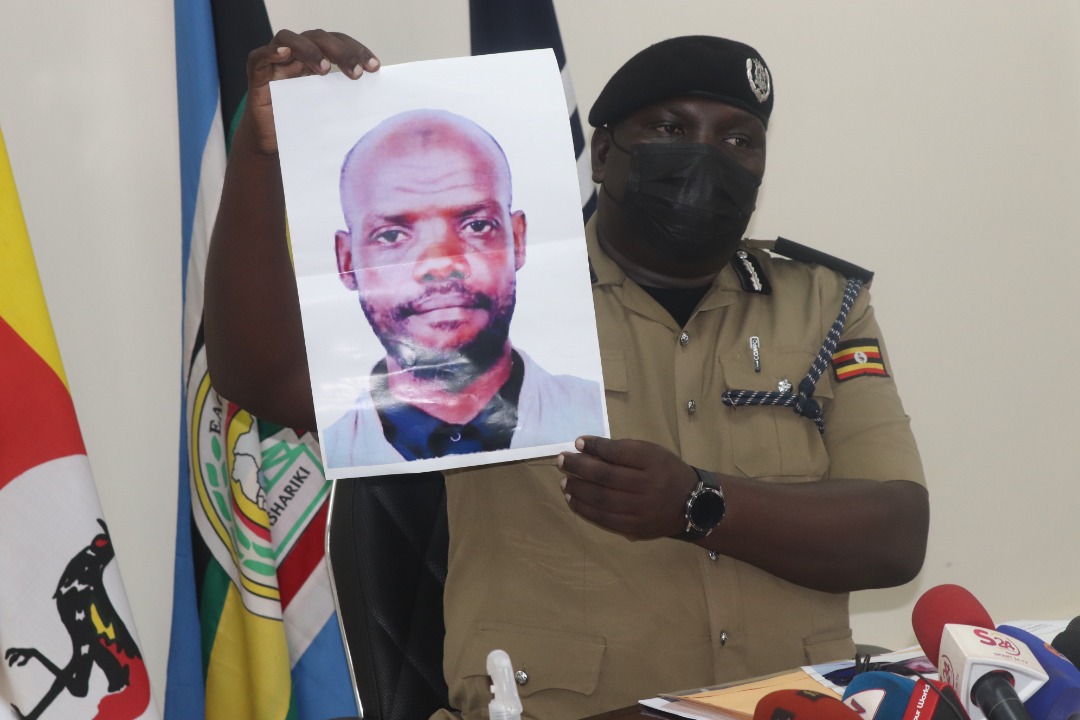 The Joint Security Agencies have raised the reward for anyone with information leading to the arrest of a one Sheikh Abu Ubaida Badir Diin Bukenya, the overall coordinator of domestic terror cells, in Uganda.

The reward has been raised from Shs5m to Shs 20m.

It’s alleged that Bukenya is the coordinator of the assailant group which on 1st June, tried to assassinate the Minister of Works and Transport Gen Edward Katumba Wamala. During the attempt, Katumba’s daughter Brenda Nantongo and driver Haruna Kayondo.

While addressing journalists on Tuesday, the Police Spokesperson Fred Enanga said their focus has now been shifted to tracking down the overall coordinator of the domestic terror cells.

“A one SHEIKH ABU UBAIDA BADIR DIIN BUKENYA. He has been actively recruiting assailants and reactivating the terror cells. We have widely shared his photos and put out a reward of Shs 5m, for anyone with credible information that can lead to his arrest.”

He added “The public should know that we are dealing with a very deadly and militant group. In the counter-terror operations that we conducted, most of the suspects were violent and confrontational, to the raids made on their hide-outs and during the recovery of the killer weapons, i.e. the two AK47 guns and a pistol and other relevant exhibits, from Nansana, Katooke, Matugga, Maganjo, Namuwongo and Kalule-Bombo. Two of our officers who were seriously injured are still nursing wounds.”

Enanga cautioned the public to be aware that such acts of attacks are aimed at destabilizing the prevailing peace, safety and security in the country, by creating a sense of panic and fear among the public.

“We want to thank the public for their overwhelming support. For those who have criticized and demonized the police for our actions against the ruthless acts of violence by these terror groups, just know that you are encouraging them to repeat their brutal and unlawful acts. Our counter-terror operations aimed at dismantling the terror cells continue. We do fully support the resolute enforcement actions and commitment of the task team to their duties because countering threats of domestic terror and extremism, is much harder than what most people think.”

Phaneroo to celebrate 7 years of existence

Phaneroo to celebrate 7 years of existence