by watchdog
in Health, News
8 1 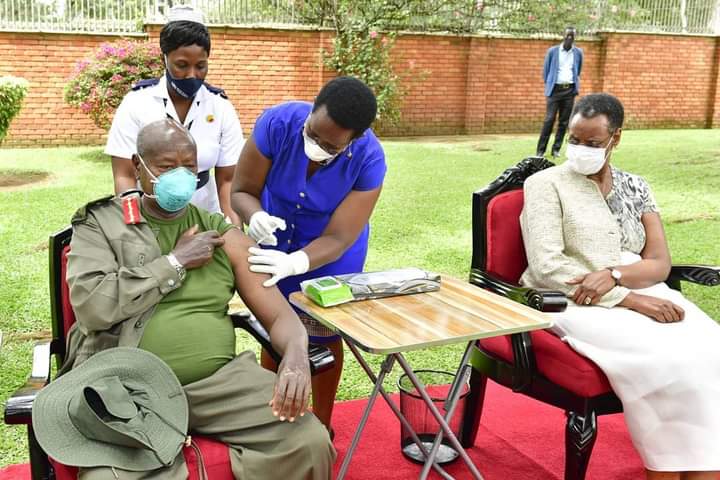 New rankings by World Statistics website Worldomenter have placed Uganda among the top countries that are managing the Covid19 pandemic better globally.

The country which is currently undergoing the second total lockdown after the emergence of the Delta variant of the Covid19 virus has so far recorded only 989 deaths from 79,434 positive cases confirmed.

Out of the total 79,434 positive cases recorded since March 2020, 52,382 have so far been treated using both local remedies and pharmaceutical remedies and have totally recovered. 26,063 remain active with a meagre 1,211 cases being critical.

This places Uganda on top of many developed economies both in Africa and overseas in as far as management of Covid19 is concerned including our East African Counterparts Kenya, West African giants Nigeria, South Africa, Morocco, Tunisia among others.

Despite the emergence of the Delta Covid19 variant, Uganda has remained consistent in curbing spread of the virus and through various interventions has kept the death toll very low.

The good strides in the management and control of the Covid19 pandemic can be attributed to the vigilance of the general public, government policies which are being implemented to curb the spread and the unwavering efforts by the Ministry of Health which have not only advised policy formulation but supported in capacity building for health facilities to handle the virus.

From the onset of the first lockdown in March 2020, the Health Ministry embarked on development and refurbishment of Regional Referral Hospitals which are currently handling the bigger load of Covid19 cases across the country.

This website understands that by December 2020, a total of 143 Intensive Care Unit – ICU beds complete with ventilators and patient monitors had been secured and distributed to various health facilities across the country to support the efforts of fighting Covid19.

Despite the availability of ICU beds and improved hospitals, the measures can never be efficient if preventive measures are not taken to curb the spread of the virus among the population.

The government through the Ministry of Health have been campaigning for vaccination with AstraZeneca vaccine, a drive that is still ongoing.

A total of 964,000 doses were imported in the first batch, all of which were administered to willing members of the public with major emphasis on the elderly and frontline workers.

An additional 175,200 doses were further imported in the second batch that arrived in the country this month and the vaccines ha.ve been distributed to various districts to continue with the vaccination drive.

Among other interventions, the Ministry acquired 98 type B and type C road ambulances and three boat ambulances which were evenly distributed under the regionally coordinated ambulance system to all regions of the country.

Preventive messaging on local radio stations and television have also played a big role in educating the general public about the Standard operating procedures that can enable the general population to steer clear of Covid19 even as they go about their daily duties.