What Masaka City Mayor Namayaja must learn from her predecessor Kayemba 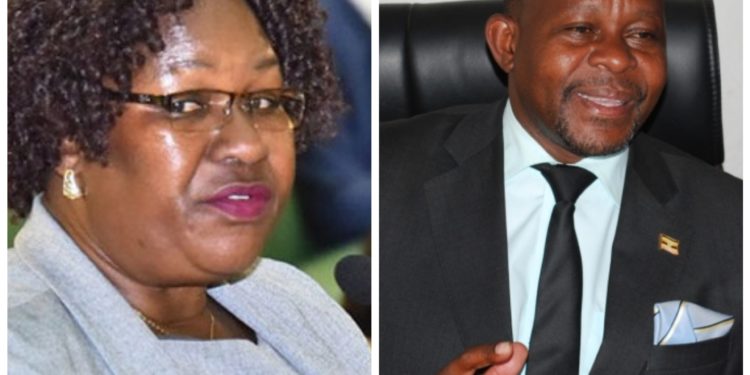 Masaka Municipality was revamped to the City Status after several interventions from Buganda Kingdom Kabaka Ronald Mutebi II and other leaders earlier in July last year.

First, the office of the Masaka Mayor has seen Godfrey Kayemba governing the area two terms. Kayemba has had the good, bad and ugly side of being a leader.

Kayemba by nature has been a leader of all and sundry. He has been a social politician, lover of development and sports especially amongst the youths within and outside of Masaka.

Many including his former workers; Tebyasa Matovu (May his soul rest in eternal peace) to mention but a few at the Mayor’s office will relish the good,bad days and pictures they’ve shared altogether.

Kayemba’s achievements will go down in the book of history at Masaka Municipal Council premises in Masaka District. Not forgetting his failures including selling of the Mayor’s garden and other productive assets such as land to money masters in the City and failing to convince taxis to settle permanently in the old Taxi Park.

Godfrey Kayemba, 50, popularly known as ‘Afaayo’ (loosely translated as the one who cares) has seen Masaka grow socially, economically and politically.

Kayemba took over the office of Masaka Mayor in 2011.

It is during his two-term tenure that Masaka has been able to acquire streetlights in most parts of the area under Uganda Support for Municipal Infrastructure Development (USMID) programme.

This can added to the infrastructural developments including the refurbishment of schools, roads, and Masaka Regional Referral Hospital.

Historians and economists narrate that Masaka was established in the 1900’s but one of its major challenges was unstable Electricity since the days of the late Tebyasa Matovu.

However, under the Electricity Development Sector Programme which was hatched in 2015, areas such as Katwe- Butego, Bukoyolo, and Kalagala acquired energy. These all helped Masaka to alleviate the problem of insecurity and maybe could be added among the sufficient and credentials that elevated Masaka Municipality to Masaka City status.

Masaka City under the newly-sworn in Mayor Florence Namayanja boosts with a lucrative Bank of Uganda Currency Centre which was erected at the former premises of Masaka Golf Course.

The Nyendo Market, which accommodates over 2,000 retailers in the area, was refurbished and Shs25b was used to standardize it under Kayemba’s tenure.

Additionally, Masaka City Market which is estimated to cost Shs20b is under restoration and during the reign of Mayor Namayanja contractors hope for its normal and effective operation.

Namayaja under the leadership of National Unity Platform (NUP) joins the office of Masaka City Mayor after a recurring two terms as the Bukoto East Member of Parliament.

Namayanja’s close relationship with Buganda government including the former premier John Baptist Walusimbi and the Nyendo- Mukungwe Member of Parliament Mathias Mpuuga could brighten and hone her leadership.

Masaka City (Buddu) remains a preferred county among the eighteen that make up Buganda Kingdom.

“Masaka City currently is grappling to revive its past glory in leadership and historical sites and monuments,” said Namayanja before adding that she will popularize women emancipation in her first term in office.