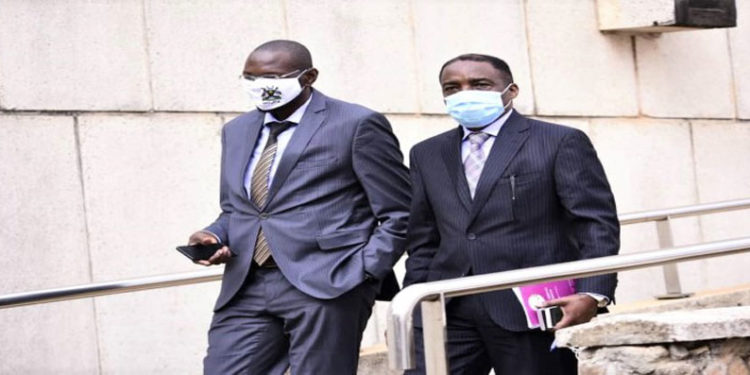 Legislators on Monday expressed their displeasure with the government’s delay in establishing Kadhi Courts and an enabling law.

Kadhi courts or Kadhi’s courts are a court system that enforce limited rights of inheritance, family, and succession for Muslims.

Members’ reactions followed the presentation of a statement on the same by the Deputy Attorney General, Jackson Kafuuzi during a plenary sitting on Monday.

The Minister sought to explain the delay in the establishment of Kadhi’s Courts and an enabling law envisaged under article 129 of the Constitution of the Republic of Uganda which provides that, ‘judicial powers shall be exercised by Courts of Judicature which include Kadhi’s Courts for marriage, divorce, inheritance of property and guardianship’.

Kafuuzi said that bill on Kadhi’s courts has not yet been presented because of the ongoing government consultations on its content.

He added that as soon as there is consensus on the consultations and content of the bill shall be submitted to Cabinet for approval and introduction in Parliament.

However, the outgoing Nakaseke North MP, Syda Bbumba wondered why the public was not made aware of any consultations in that regard especially the main stakeholders who are the Muslim authorities.

“Nobody has consulted the Uganda Supreme Council in Old Kampala, Kibuli or Nakasero; it has taken 12 years for the government to do anything about this issue,” she said.

Bbumba said that many people in the Muslim community are greatly encumbered by the absence of the Kadhi’sCourts to help them resolve issues like inheritance and divorce.

“The the way the Administrator-General handles matters of inheritance is against the stipulations of the Islam faith and the same goes for divorce,” she added.

Bbumba added that “in the past, the excuse for the lack of these courts was that there were no Muslims qualified enough to preside as judges over these courts, which is not the case anymore.”

Kawempe North MP, Hon. Latif Sebaggala said the framers of the 1995 Constitution saw it necessary for the establishment of the courts and any delays are an infringement on the Constitution.

“The Muhammadan law comprehensively covers all these acts and crafts them as forms of worship. There is a particular way things need to be done and that can only be met by these courts,” he added.

Sebaggala added that the Muslim community has not been consulted at all.

The Speaker of Parliament, Rebecca Kadaga said the government’s delay in implementation of the courts is a breach of article 29 of the constitution.

”No one is satisfied that you are actually consulting. The Members need a commitment on when these consultations on the matter will be concluded,” she said.

Kadhi courts or Kadhi’s courts are a court system in Kenya that enforce limited rights of inheritance, family, and succession for Muslims. The history of Kadhi courts extends prior to the colonization of East Africa in the 19th century, and the courts continued under British rule and after Kenyan independence in 1963. An estimated 7 percent to 20 percent of the population of Kenya is Muslim.