Museveni: Nyerere support to us was the reason in choosing Tanzania over Kenya for Oil Pipeline business

The Ugandan leader said aside Tanzania being a shorter route, the historical role played by former President Mwalimu Nyerere was another factor that made him opt for Tanzania. 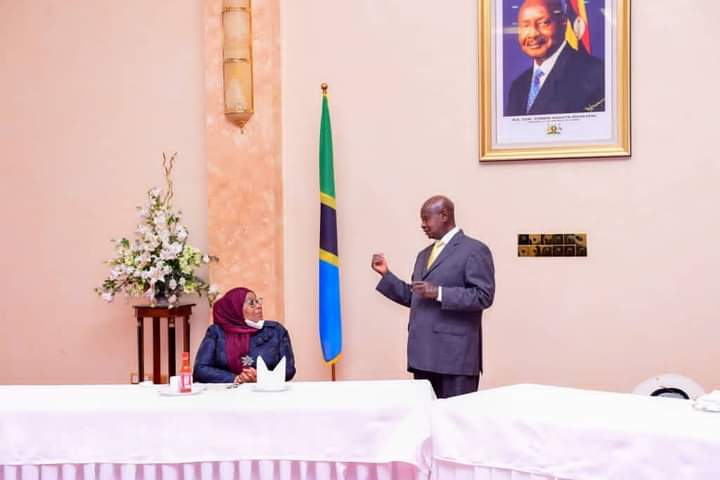 President Yoweri Museveni Tibuhaburwa has revealed the reason why he had to choose Tanzania for the Oil Pipeline project over Kenya.

On 26th May 2017 the Governments of the Republic of Uganda and the United Republic of Tanzania signed an Intergovernmental Agreement (IGA) on the implementation of the East African Crude Oil Pipeline (EACOP) Project.

To seal the agreement, commitments were made by former Tanzania president His Excellency the late Dr. John Pombe Joseph Magufuli and President Museveni, during their meeting at Chato, Geita Tanzania on 13th September 2020, that; each State Party to conclude the Host Government Agreement with EACOP Project Company; commence negotiations of all pending Project Agreements with immediate effect and expedite the implementation of the EACOP Project.

“The compromise, then, was: “Ok, let us have both the Refinery and the Pipeline.” Most of this, was when the Tanzanian route was not in the picture. We were still debating about Mombasa and Lamu of Kenya. When the Tanzanian route of Tanga became more viable, a new consideration entered my mind,” Museveni revealed on Sunday during the signing of the  EACOP oil project at State House Entebbe.

Museveni added that putting aside the Tanzanian route being shorter, the historical role that was played by former Tanzania President Mwalimu Nyerere is also a factor that made him vehemently chose to cut a deal with Tanzania.

He added, “Kenya, of course, is a brother country, just like Tanzania. However, historically, there is this unique role of Tanzania. I am, therefore, most satisfied, that the project will make a modest contribution to the development of Tanzania. It cannot compensate for the huge sacrifice Tanzania made for the defeat of Idi Amin and the liberation of the whole of Southern Africa (Mozambique, Zimbabwe, Angola, Namibia and South Africa). It is just a modest contribution.”

Museveni noted that the pipeline project can be a core of bigger developments if other East African countries such as Congo- Kinshasa and South Sudan choose to also use it for their oil. At the maximum, it can carry 230,000 barrels per day. Besides, the same corridor can take a return gas pipeline, supplying Tanzanian and Mozambiquan gas to Uganda and the Great Lakes region.