Zziwa noted that the Old Kampala based muslim leadership which is headed by Mufti Shaban Ramathan Mubajje, has for long predicted the collapse of Prince Nakibinge's alliance, whose only sole role has been to divide the Muslim community under the guise of fighting for their interests.

by Mulema Najib
in National, News
39 1 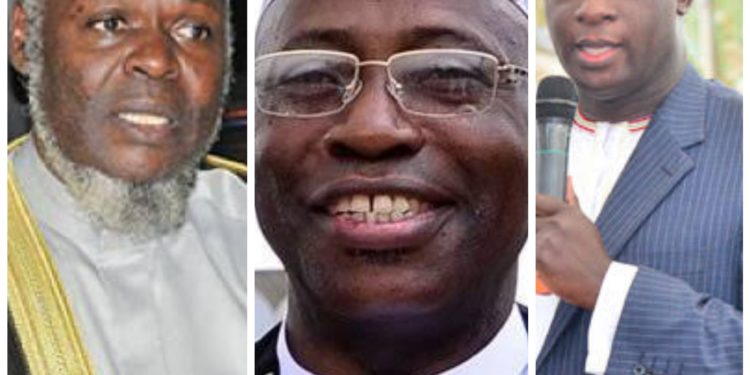 The Uganda Muslim Supreme Council (UMSC) leadership has showered praise on Sheikh Siliman Kasule Ndirangwa for taking a bold move to step down as Supreme Mufti.

Addressing the media, the cleric cited endless disagreements among the Kibuli Muslim faction leaders as reason for his resignation.

“I would like to tell you that I have resigned as the Supreme Mufti of Uganda. I have taken the decision for the good of Islam,” he said.

He added that as a leader he couldn’t keep on fighting with elders in Islam over certain issues.

And now according to Ashraf Zziwa, the UMSC Spokesperson, the position of Supreme Mufti was created by Prince Kassim Nakibinge, the titular head of Muslims in Uganda and his allies at the Kibuli based muslim faction to destabilise Islam.

“Ndirangwa’s public resignation follows years of soul searching. Although his resignation that was announced during prime news time on television caught many by surprise, to some of us it was only a matter of time, when and not why it happen,” Zziwa said in a statement on Saturday.

He noted that the Old Kampala based muslim leadership which is headed by Mufti Shaban Ramathan Mubajje, has for long predicted the collapse of Prince Nakibinge’s alliance, whose only sole role has been to divide the Muslim community under the guise of fighting for their interests.

“The real goal of the Kibuli based group is self preservation of Prince Nakibinge’s role and position as the defector Muslim head alias “Jajja W’obusiraamu” ( Grand father of Islam) as his inner circle refers to him.

“On April.5th, 2021, Bukedde News Paper ran a story titled “Bayise Olukiiko e Kibuli Okwanjula Supreme Mufti Omupya” literally meaning an urgent meeting had been called to announce a new “supreme mufti.” The paper went on to quote Sheikh Kasule citing the reasons why he decided to quit These included among others the sharp conflicts between him and his top bosses due to lack of clear defined duties, roles, salary payments, his alleged failure to show enmity to whoever is not part of their group and failure to formalise the operations of his office among others.”

Zziwa added that whoever is interested in Muslim history, can easily trace the problems cited by Sheikh Ndirangwa after reading and analysing the life of Prince Nuhu Mbogo, the grandfather Prince Nakibinge.

He said,”Mbogo assumed Muslim Leadership in Buganda in 1896 at the time when the British Colonized native territories and merged in the into nation named Uganda. It came after the British had crashed native Muslims in several battles and later Mbogo agreed never to antagonize their rule.

They in turn agreed to recognize Mbogo as the Official leader of loyal Muslims. It was during Mbogo’s life time that British Colonial government gave the Muslim Community 24 square miles of land just like their christian counterparts for development and construction of infrastructure such as Mosques and Schools.

Unfortunately, after Mbogo’s demise his heir and son Prince Badru Kakungulu who assumed Muslim Leadership between 1921 to 1967 registered the land under Young Men’s Muslim Association,a private entity yet several muslims projects funded by both local and international donations had been set up on this land.

Prince Kakungulu died in 1991 leaving the association in the hands of his heir and son Prince Kassim. Therefore in the event of UMSC being formed in 1972 as an umbrella Organization of all Muslims and their associations, the Kibuli royal family has always vied for superiority.

As a result, Kibuli will always find an excuse real or imagined to set up parallel leadership and try to impose it on all Muslims nationwide. So in nutshell the Land and monetary benefits accruing from projects has made Kibuli hostile to Muslim Unity under one voice under Uganda Muslim Supreme Council ( (UMSC).”

FR ANTHONY MUSAALA: The sudden death of Archbishop Cyprian Lwanga leaves a yawning gap in our lives, What comes next?