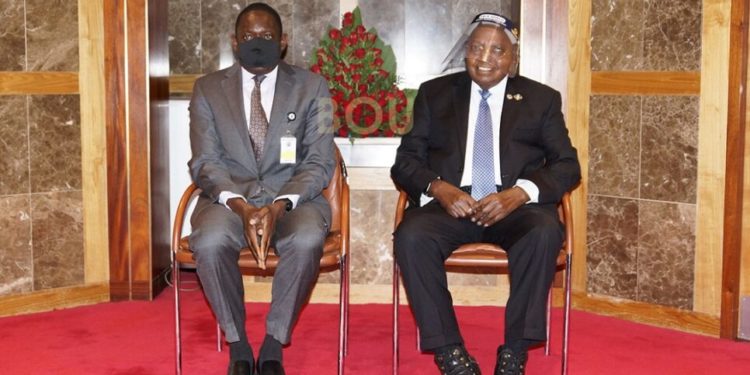 Members of Parliament’s Committee on Legal and Parliamentary Affairs and officials from Bank of Uganda (BoU) yesterday disagreed on whether the roles of the governor should include being the chairperson board of directors of the central bank.

Appearing before the committee on Wednesday to give their views on the Constitutional Amendment Bill 2020, the BoU Deputy Governor, Dr Michael Atingi-Ego said it would not be an internationally accepted practice to separate the role of Governor and Deputy Governor from those of chairman and vice chairman of the board of directors.

“If the separation of the role is intended to address the issue of checks and balances, which I believe it was intended to do, this is already addressed in the audit and governance committee of the Board which entirely comprises non-executive directors and they play the crucial role of checking management and its outcomes,” Dr Atingi-Ego said.

However, the MPs argued that the problems that the central bank has faced in the most recent years are because the governor is not supervised internally since he doubles as the chairman of the board.

But Dr Atingi-Ego insisted there is need to maintain the current practice where the board plays a dual role of public policy formulation and oversight, and the governor’s key targets to achieve that include monetary policy, price stability and financial system stability.

However, other MPs insisted that there is a need to align the provisions of the Bank of Uganda Act of 1966 with those of the Constitution that was made about 30 years later.

In the bill, Michael Mawanda, the Igara East MP, proposes an amendment to Article 161 of the Constitution to change the composition of the top leadership of the bank.

Mawanda also wants the tenure of the deputy governor to be well stated in the Constitution by inserting Article 161C.

He proposes that the deputy governor’s tenure be for five years and renewable only once but leave that of the governor open.