On Friday, Lions club Kampala central in partnership with the lions club Kabale made a goodwill donation of 1 tonne of maize flour and 500 life jackets. This was because of the rampant cases reported about the hunger in the remote Bwama island of Lake Bunyonyi and therefore the Lions decided to make an effort to save the situation to the village community situated in Rubanda.

On the other hand, the life jackets were distributed to various schools around the island and many groups including the elderly women to help them cope with the daily risk of drowning in the waters of Africa’s second deepest lake. 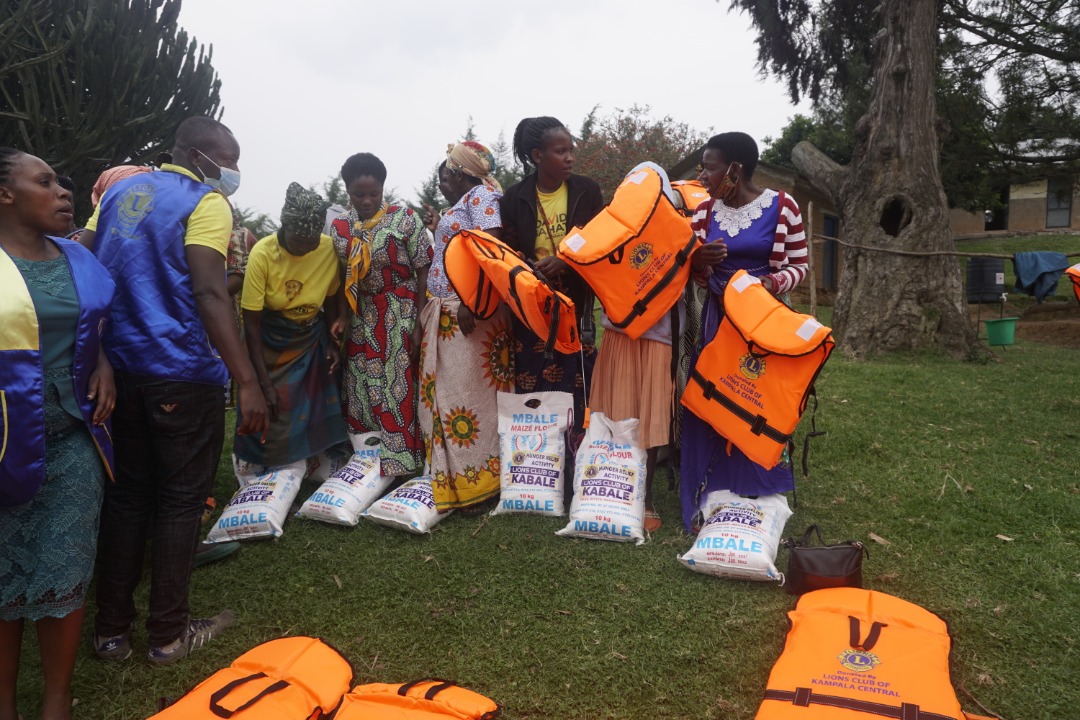 The villagers were so excited and thanked the Lions for the heart of caring and sharing saying that what was done was an act worth never forgetting.

The said said their goodwill to serve will always continue since its their role.

The ceremony was officially graced by the Mayor of Kabale Municipality Emmanuel Sentaro Byamugisha.

The head teacher of Bwama primary school Robert Kanyooma also noted that pupils have occasionally failed to turn up for school because of bad weather on the lake and that the donation of the life jackets is a big step towards accessing the education facilities across the lake.

The Makerere University Chancellor Professor Ezra Suruma encouraged the students to persevere and study hard since there are goodwill people trying to aid their conditions for better livelihoods and future as natives around the lava dammed lake.

The Estimated cost of a single life jacket is Shs65000 which sums to a total contribution of 30M invested in the future of this population by the lions community.