Mbabazi, Oulanyah or Mukula! Who will Museveni name his Vice President? 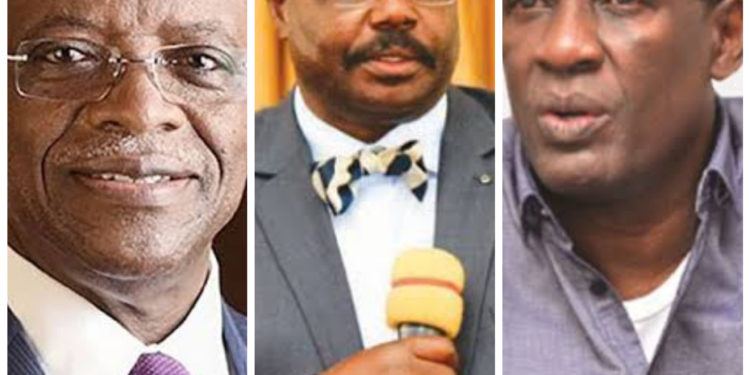 Having emerged victorious in the January 14 presidential elections, President elect Yoweri Kaguta Museveni will be expected to name his cabinet for the 2021-2026 term after he is sworn in, in May this year.

This will however depend on the outcome of an election petition by first runner up Robert Kyagulanyi Ssentamu to the Supreme Court. On Monday February 1, Bobi Wine, through his legal team petitioned the Supreme Court to annul the election results over what he referred to as “gross irregularities”.

If Museveni’s victory is upheld, a new cabinet will be named immediately after swearing in with which he will run the nation for the next five years.

One major position that has remained a subject of intense speculation is that of Vice President especially after the incumbent VP Edward Kiwanuka Ssekandi missing out on the next parliament.

Even if he had made it, many political observers have argued that it was highly unlikely that he would be maintained in the position given his advanced age and subtlety in and outside parliament.

Three names have thus come up in the wide speculation over who could finally take up the Museveni’s second in command – a position that Ssekandi has held for ten years now. These include;

Eversince the news of the former regime ally – Mbabazi burying his differences with President Museveni became public, there has been wide speculations going as far as tipping the senior politician from Kigezi for the presidency after the incumbent.

Having served under various capacities in the Museveni government, Mbabazi fell out with the ruling establishment in 2014, going on to challenge his long time friend – Museveni in the 2016 general elections.

At the time of his departure from government, Mbabazi was the Secretary General of the ruling National Resistance Movement as well as Prime Minister.

In 2017, the two men were first seen together publicly at the give away ceremony of the former Premier’s daughter to son of South African President Cyril Ramaphosa. This ignited some rumours over a possible reunion between the two. These were confirmed to be true the following year as photos of the two at Museveni’s country firm in Gomba went viral on social media.

A series of public appearances followed including at last years NRM delegates conference at Namboole and the UPDF’s Tarehe sita celebrations on January 2020 in Nakaseke.

In December last year, Mbabazi once again appeared to announce he was back this time once and for all during a meeting with the Kampala Division Councillors whom he asked to lead the chase for Museveni’s support in the city. He also used the occasion to publicly and officially declare an end to all misunderstandings with Museveni and that he was back working for the regime.

This has since intensified speculations linking the former Secretary General to the post Museveni presidency, with some concluding that the Vice Presidency could be the first conduit to the biggest office.

One factor that could however hinder Mbabazi’s chances in this particular regard is the fact that he hails from the West. President Museveni has in the past used th position to attain political ballance and also reward the regions that have massively supported him during elections.

That explains why Busoga and Buganda, the regions that have supported him perennially other than the West are the only ones to have produced Vice Presidents in the names of Dr Samson Kiseka, Dr Specioza Wandira Kazibwe, Dr Gilbert Bukenya and Edward Ssekandi.

As such, it would serve best if Mbabazi is reinstated as Secretary General to concentrate on strengthening the party ahead of his second shot at the presidency should he wish anyway.

Oulanyah is the current National Vice Chairman of NRM in charge of Northern Uganda. Under his stewardship, the ruling party gathered more votes from the region than ever before hence giving the presidency to Museveni especially at a time Busoga and Buganda had gone for Bobi Wine.

With Museveni likely to trade carefully not to offend Kadaga with whom he has just made peace at a campaign meeting in Kamuli in December last year, coupled with the need to appease the Northerners, he could find himself naming Oulanyah as his deputy.

Besides, Oulanyah being the only one to be a Member of the eleventh parliament among the three, the need to keep an eye on the slippery Kadaga could give him an added advantage in the the queue.

Mike Mukula hails from the Eastern Region, Teso sub region in particular. He is also the National Vice Chairperson for Eastern Uganda at the ruling party’s Central Executive Committee [CEC]

He is credited for breaking Bobi Wine’s campaign networks mainly in the East and North of the country.

Flying in his private helicopter, Mukula roamed around the skies of the country each time fishing opposition notables for the ruling side. It’s out of his endeavors that many on opposition tickets in parliamentary races pulled out leaving NRM candidates either unopposed or with easy challengers to beat.

Just like Oulanyah, Mukula also managed to deliver victory for Museveni from his native Teso Sub region, the first one of it’s kind since 1996. The fact that Itesots accepted to vote against FDC’ Amuriat Oboi Patrick who hails from the area is directly attributable to Mukula.

As such, he too deserves a token of appreciation and the Vice Presidency wouldn’t be a bad one after all it would be the first one for the people of Teso.

Mukula could however be hampered by his not so good history with the law. It will be remembered that he is one of the Ministers who were implicated in the GAVI fund graft scandals some years back. He was also convicted and imprisoned over the same and such a background may not be the best to read about a Vice President.

The choice of who will be named in the position is solely for the President to make. It is also possible for him to choose anyone other than those mentioned above. May will certainly tell.