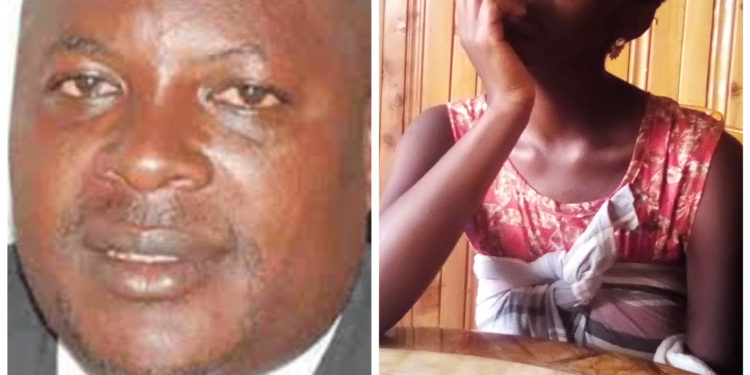 The Kabale district outgoing chairperson Patrick Besigye Keihwa is on spot for allegedly refusing to look after a kid he sired with a casual worker.

It’s said that Ninsiima was the casual worker Eng Geoffrey Mutabazi’s, the former executive director of Uganda communication commission and its alleged that on 3 October 2019, keihwa had went for the party and that’s where convinced the embattled mother of one to be his lover.

According to Ninsima, on 22nd August 2020, she petitioned the kabale district chairperson in the legal aid office kabale branch but since then nothing has turned positive.

She further accuses keihwa of failing to raise money for at least buying a pamper of her 6 month old baby girl except ugx22,000 meant for medical bills instead of UGX 290,000 which she described as familiarity.

Ninsima also revealed that she has always been receiving arrest threats from Keihwa if she bothered to report him to police.

However, on Thursday evening, the two kabale district officials only identified as Abonel and Abraham stormed Ninsima’s home area in Bubaare and grabbed a baby claiming that they were sent by their chairperson  keihwa and dumped her in Rwakara Friday morning.

It was futile for our reporter to get a comment from Keihwa since he didn’t received our repeated calls.

PROF VENANSIUS BARYAMUREEBA: Political dynamics that led to the defeat of NRM in Buganda region