by Brian Mugenyi
in News, Politics
20 2 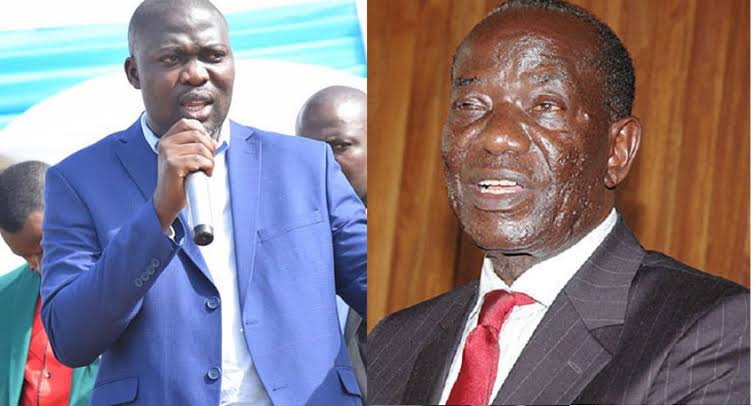 When Eng Richard Ssebamala took the mantle to oust Vice President Edward Ssekandi from Parliament, very few people believed in the dream of the businessman.

It took well guarded efforts from the villagers in Bukoto Central Constituency to raise their arms up for a warrior and a savior in Democratic Party’s Ssebamala.

Not too late, Ssebamala born to Cyrus Ndawula and Betty Nanyonga, residents of Gulama village, Buwunga Sub County in Masaka District, stood for the post that was earlier occupied by Ssekandi for the last twenty six years.

A well mentored seminarian as well as a businessman, Ssebamala ranted about growing coffee and later sold it to earn pocket money at school. That was his fairy story as a young man trying to find purpose in life.

The rise of Ssebamala to stardom was ironic and thunderous to many people in Uganda and being a business man many were worried that most of his businesses would collapse.

Surely, it was a do or die state of affairs. Ssebamala rode from Kampala to the poorly murrum and fedder roads in Bukoto Central Constituency to look for votes day and night.

To stand against a man in Ssekandi, 77, who had mostly enjoyed his life time in politics with Mr Museveni as his core chief, Ssebamala risked many including his family, friends and life entirely.

It was unbearable, though he remained passionate about his political ambitions. Not too long, last year, Ssebamala showcased his ambitions to take over Bukoto Central Constituency renowned for agriculture and pineapple growing.

Primarily, Ssebamala had a conjoint friendship he had built with Prince David Wasajja who heavily linked him up with influential persons in Buganda’s government including Buganda’s premier Charles Peter Mayiga who also hails from Masaka City.

It was a heavy battle between two lions who had almost equal shares of attachment to Buganda Kingdom but Ssebamala took the noose and won the elections by far.

The Bisanje boy, Ssebamala was later welcomed by The Democratic Party (DP) President Nobert Mao and People Power’s Kyagulanyi Ssentamu aka Bobi Wine which all gave him strength and moral to uproot Ssekandi.

As a party National Resistance Movement (NRM) currently under the leadership of president Museveni had enjoyed twenty six years in leadership of Bukoto Central Constituency and many people had turned against its poor representative in Ssekandi.

Locals and opinion leaders were too against the longevity of Ssekandi following his lack of commitment, vision in the constituency and unfair leadership in his tenure.

It was a dream come true for most of the locals in Bukoto Central Constituency to welcome a gigantic and a youthful leader in Ssebamala who spent millions of money to cater for the well being of the locals during his campaigning days.

Ssebamala empowered youths mostly in his campaigning trail contrary to his opponent Ssekandi who preferred the old guns in the area to rally for his votes.

The football tournament alone helped to pull the locals together and it ignited the campaign trail that saw Ssekandi defeated by Ssebamala who polled 9916 votes compared to 4902 scored by the former.

“I was just strategic and stood tall to remain on the groove of truth. I made loads of promises which we have to full-fill including building the playgrounds we promised the locals,” shared Ssebamala.