by Mubiru Ivan
in National, News
66 1 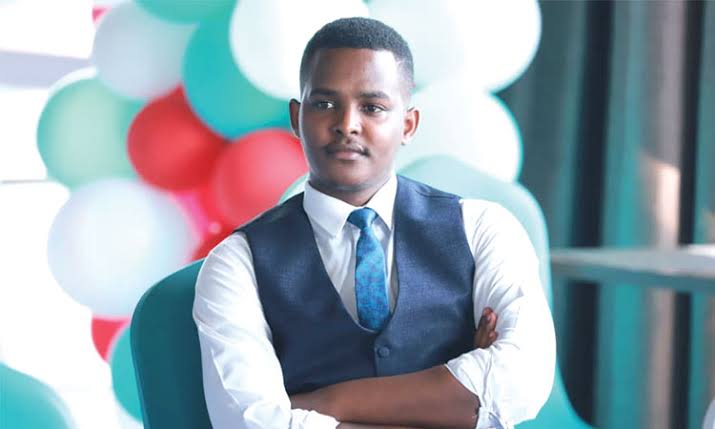 Ugandans on twitter have ganged up against a one Cherry Gisha who is accusing renowned NBS TV journalist Canary Mugume of being gay.

“Ngu ‘Musinguzi’? Mbwenu ogu akasingura ki? (I hear Musinguzi (he who wins), now what did he win?) This is an insult not only against Banyankore but against all the tribes in Western Uganda,” Gen Muhoozi who is also a presidential advisor for special operations tweeted on Wednesday.

In response, Mugume said, ” Mwenu iwe okasinguraki? literally meaning ” And you what did you win?”

Both tweets have since been deleted.

It hz been difficult 4 me 2 speak out fearing 2 be laughed at But it’s time 2 demand 4 justice. I was raped by @CanaryMugume in 2018 in his friend’s car after him & his gay friends mixed drugs in mai drink. He accused me of informing his mum that he was doing homosexuality. pic.twitter.com/8b04CuLCkM

Me falling in love with canary i didn’t know he was agay but as time went on i discovered he was one though he told me he was doing so for the sake of getting money & thats why he had me in his life. We had promised eachother to only have sex once we are married officially pic.twitter.com/6G2uvTq94l

However, Ugandans on twitter have defended Mugume with some saying sarcastically claiming that its Gen Muhoozi or some ruling party-NRM sympathisers behind the fake twitter handle to tarnish the former’s reputation following yesterday’s confrontation.

This is utter nonsense from an NRM bot 😫💀 not surprised but disappointed .

Muhoozi is too desperate to an extent that he is running fake Twitter accounts to blackmail those who stood up against him yesterday! Very low key!

You man😂 you DNT even know how to lie

Thia is the Canary I know… You won’t make fool of us pic.twitter.com/iYg2M0QGP6

So @CherryGisha expects people to pity her after using a fake face and of what happened yesterday. Are we a joke to you💁💁💁💁💁Ama @CanaryMugume am with you on this😃😃😃 pic.twitter.com/ChNmio4o8a

Just look at the most people “IT” tagged, you’ll know what these “breathing yellow bots” have in common. This you, “Gisha” are doing here is called yellow Journalism. Get back to doing what’s right once your sanity is restored, “Ovumaganya nnyoko!” pic.twitter.com/TqIyt9i1KF

No sane person can believe this bs. Stop cart fishing while u tarnish people’s names just coz of some small money. STOP!

Wondering why u accepted to love agay man, u better get serious than turnishing people’s names

I pray that in 2021, we learn not to accuse people of things they have not done. That mark never leaves the persons reputation. It’s so sad that we ruin people just to chase clout or trend in the moment.
Be careful not to falsely destroy people’s lives.

Bobi Wine to Muhoozi: The few criminals you arm to murder Ugandans will not be able to save you and your father when citizens rise up

Bobi Wine to Muhoozi: The few criminals you arm to murder Ugandans will not be able to save you and your father when citizens rise up