Ashraf is still struggling for his life, his brain was severely damaged- Bobi Wine speaks out on current condition of his journalist who was ‘shot’ by security operatives 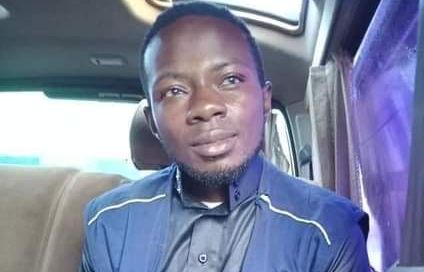 Kasirye who works for Ghetto Media, a social media news outlet affiliated to National Unity Platform (NUP) party, was over the weekend shot by police on the head while in Masaka on Bobi Wine’s campaign trail.

According to Bobi Wine, Kasirye is currently in critical but stable condition. He says he cannot see or speak.

“We checked on our brother, Ashraf Kasirye who is still struggling for his life in Intensive Care Unit (ICU) at Rubaga Hospital. Ashraf is in a critical, but stable condition. He cannot see or speak, but the doctors have given us hope that perhaps in a few weeks, he will be able to regain some of these facilities,”Bobi Wine said in a Facebook post on Tuesday.

” It was today that I appreciated the extent of damage caused to this brother by the brutal regime. Part of what we saw oozing out of his head was brain matter! It goes to show how severely damaged his head was. Yet in all this, we remain hopeful that Ashraf will be well.”

” We are thankful to all of you who have reached out and contributed towards his treatment which is very costly. We also appreciate all Ugandans in the diaspora who contributed towards the funeral expenses of our brother Frank! Many of you are still reaching out. For all who wish to contribute towards Ashraf’s hospital bill, we have put in place a phone number to specifically receive contributions for this cause. The number is 0707481738 (Registered as Rukundo Shiphra). God bless you.”