by Stephen Kalema
in National, News
29 2 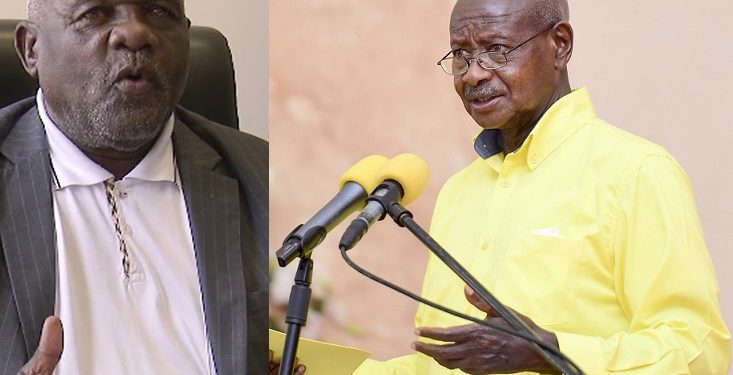 The former Minister without Portfolio Hajj Abdu Nadduli has said that he is not happy with the way President Yoweri Museveni handles corruption issues that involve members of the first family.

During an interview with UgNews24 online channel, Nadduli said there are a lot of corruption cases involving first family members that have been unearthed but President Museveni has always been lenient to the culprits which in future may cause him problems incase the regime changes.

Nadduli’s reaction follow the recent social media war of words between four-time presidential candidate Dr Kizza Besigye and First Son Gen Muhoozi Keinerugaba where the former attacked the latter’s wife Charlotte Kainerugaba for being some of the beneficiaries of Covid-19 bonanza.

The accusations prompted Besigye to comment about the matter.

Besigye’s attack on Charlotte rubbed Muhoozi a wrong way which forced him to defend his wife.

“Colonel Besigye, were you a ‘Royal’ when you came with Mzee Museveni in 1985 to our home in Sweden?” said Muhoozi in response to Besigye’s social media post describing Charlotte as ‘NRM/Junta royals’.

“You are one of our elders, and we respect you as an elder, If you want to attack me, I’m right here. Leave my wife alone,” the Senior Presidential Advisor on Special Operations told off Besigye.

According to Nadduli, the corruption scandals are giving the First Family a bad image and they may affect it in future.

“Maybe Besigye would have called Museveni in personnel showing him the dangers of the first family being involved in corruption scandals.However, I blame my young brother Museveni because he has been too lenient to corrupt members of the first family, why is that the national intelligence works well on other people but when it comes to a first family member it’s quiet and too blind?”

Nadduli also asked Gen Muhoozi to distance himself from politics because he is a serving officer who must not be partisan.

“Muhoozi must know that Ugandans have been casting ballot papers that contain a name Museveni but not Muhoozi. The law says that any person in combat must not involve himself in politics. And he has been violating this law. That’s why I would ask Muhoozi to love Besigye for telling him the truth,” he said.