North Kigezi diocese ordains 18 into priesthood, asks them to focus more on serving the Lord 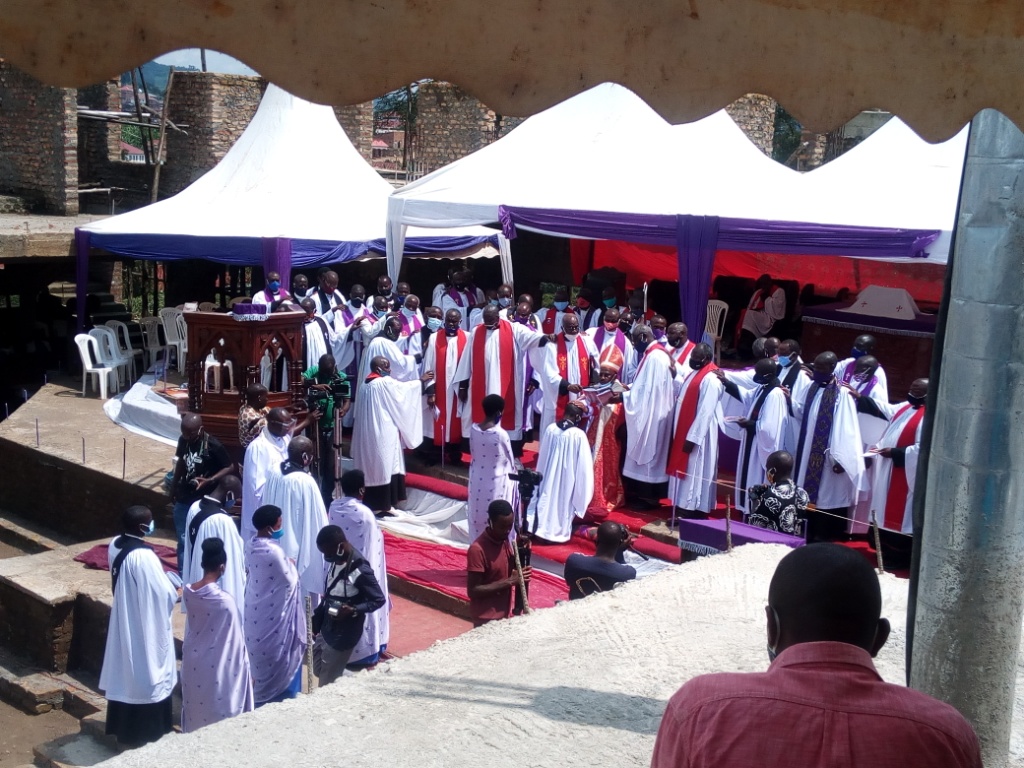 The Bishop of North Kigezi diocese Rt. Rev. Benon Magezi has warned the newly ordained priests and deacons against being over ambitious as they serve in the church but focus more on serving the lord.

The Bishop was speaking at the ordination ceremony of 18 priests and Deacons a function that took at Emmanuel cathedral in Rukungiri municipality on Sunday.

Bishop Magezi said that some religious leaders have nowadays gone a stray from what they are supposed to do but have only focused on worldly things which are against God’s Will and their calling.

‘Nowadays some of the religious leaders no longer do what they are supposed to be doing but instead acts otherwise so you should only focus on serving the lord and let others come next after God. Doing God’s work needs patience and honesty because it is full of temptations so ready for them and know how to handle them in case they come” Bishop Magezi advised the new ordained leaders.

He is also asked the newly ordained priests to respect their calling from God and asked the Christians to always respect God’s chosen people and ordained leaders.

“To Christians you must respect God’s people because they are called by Him to do His work but at times you mistreat and abuse them so am asking you to always work with them and the extend God’s empire across the world that’s when His name will be glorified in the whole world,“ Bishop Magezi told Christians.

Rev. Enock Karamzu, diocesan secretary, asked the newly ordained priests and deacons not to go back to their previous ungodly activities if any, saying they have now gone for a lifetime commitment.

He warned that if the newly ordained clergy fail to denounce their past life, they will keep complaining and asking for transfers to greener environments and end up failing to transform Christians.

Rev. Karamuzi also implored the new deacons and priests to remain loyal to the Church as they promised while taking oaths during their ordination.

“Go and remain loyal to the church, do your work in line with the church and avoid involving yourselves in Worldly things but only reunite and bring back those in worldly things and work hard to have the kingdom of God expended” Rev Karamuzi said.

At the function, the Bishop also announced the retirement of 8 priests and each of the retired was give an envelope worth a bicycle.

Among those ordained were Agaba Auther, Muhwezi Joseph,, Edward Nabasa, Grace Atukunda, Preston Amanya among others.