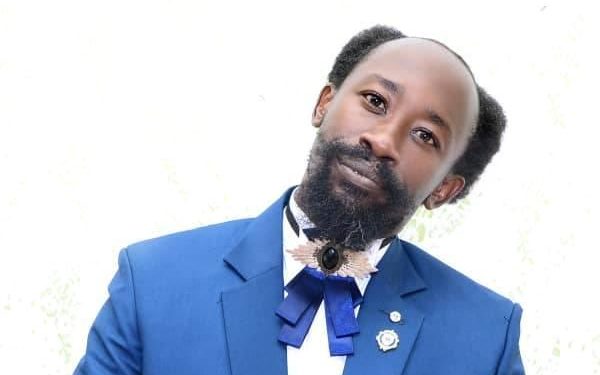 The Ntungamo Municipality Parliamentary aspirant  Rumanzi Perez has revealed that he will not shave any part of his body until President Yoweri Museveni quits power and transfers it to civilian.

Rumanzi the former journalist with Daily Monitor Publications based in Ntungamo and Rukungiri districts noted that he has been in protest against the removal of presidential age limit and term limit from the 1995 Ugandan constitution since 14th November, 2017 and that he will continue fighting for ordinary Ugandans when. He becomes a legislator.

He told Forum for Democratic Change (FDC)  members from Ntungamo District while opening up new party offices Ntungamo Municipality on Tuesday that if President Museveni does not relinquish power, he will not shave again in his life.

Rumanzi also assured the motorcyclists in Ntungamo Municipality to donate half of his salary and buy two boda bodas for each stage.

While presiding over the opening of FDC  offices located old Mbarara- Kabale road near Municipal clinic in the Alice Kafooda’s building, the party vice chairperson Ntungamo District Annet Namara implored the public to come out and throw their support to FDC as the only party that will build a new Uganda.

ALDRINE NSUBUGA SNR: FDC's Patrick Amuriat is a good man but not good enough to be Uganda's President