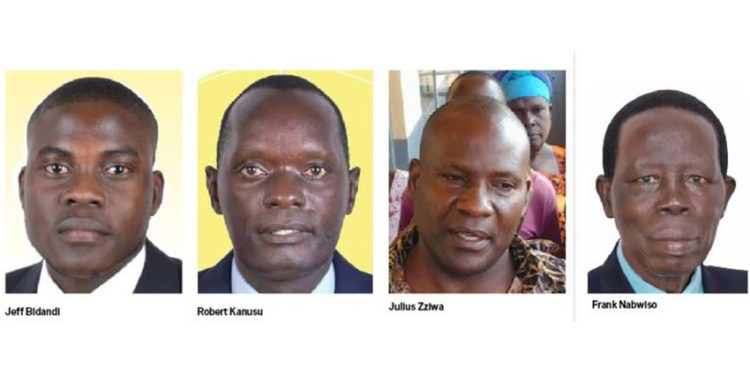 The elevation of Jinja town to a City status mid this year meant a lot of changes in the political administration of Busoga’s capital.

Among them was the introduction of the office of the City Mayor who will be the new political head of the new City come 2021.

As we speak, major political parties have already unveiled their credible pole bearer for the coveted office, with Kyagulanyi’s NUP, Museveni’s NRM and Besigye’s FDC the most sought after groups expected to stage a fierce contest in next year’s polls.

Political observers have however projected the main contest to be between FDC’s Dr Frank Nabwiso and NRM’s Robert Kanusu after both surmounting the first hurdle to emerge flag bearers at their respective political parties.

NUP’s senior comical actor Alton Kasolo of the Swengere comedy group will entirely be banking on luck as he has variously been written off by many arguing it’s still premature for the radio personality to seek leadership at such a high level.

The contest between Nabwiso and Kanusu will see former allies in the opposition face off in a battle of the Titans to determine who takes the day.

For starters, Kanusu was previously one of the major opposition politicians in Busoga before decamping the opposition Uganda People’s Congress during the 2018 Jinja East MP by-elections to the ruling National Resistance Movement party at a political rally superintendent over by Gen. Yoweri Museveni.

He shot to political limelight during the 2011 Jinja LC V elections where he employed violence on the Electoral officials after alleging that he was being cheated. He would end up in prison only to come back after his nemesis Hannington Basakana had sworn in.

Nabwiso on the other hand is credited for his clean political record which has endeared him to many including those from the ruling side.

Senior Presidential Assistant on media affairs Faruk Kirunda shocked the country when he seemed to endorse the senior politician in his article that went viral where he argued that FDC had struck a jackpot in electing Nabwiso their mayoral flag bearer.

His time in Parliament as the Kagoma MP had left Busoga yearning for more and his subsequent attempts to regain the seat on several occasions has been a bitter pain to many who strongly feel this should be the opportunity for the Jinja people to reward him.

The City’s image has in the past been tainted by bi corruption scandals and bitter political fights which makes the Jinja people to believe that a person of Nabwiso’s calibre will be able to relay the pipes for the dirt dripping City and protect public resources, root out corruption and land grabbing which vices have jeopardised the town’s development in the past.

With all said, the challenge for the people of Jinja will be having to choose from two very ideal and good candidates for one position.

Kanusu is a proved fighter with age on his side yet a fairly old Nabwiso is an incorruptible experienced leader whose many years of service in Jinja makes him a credible choice for the voters.

The only stern difference is that the two are on different sides. Nabwiso is in opposition while Kanusu has since shifted his allegiance to the ruling side.