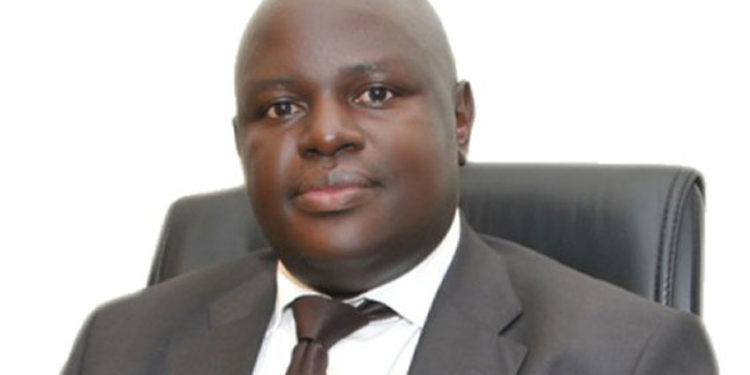 KAMPALA, Uganda: A storm is brewing between farmers and the Uganda Microfinance Support Centre over the latter’s delay to release funds to an off takers.

The off taker was due to get finance from Microfinance Support Center to supply agro inputs to over 40,000 farmers spread across Uganda.

The farmers drawn from across the country were supposed to benefit from the Government support through the Shs50 billion that was promised and duly approved by Parliament. The funds that were released by the Ministry of Finance Planning & Economic Development were channeled through the Microfinance Support Centre (MSC).

The latest we can reveal is that embattled MSC Boss Peter Mujuni who was recently arrested, charged and remanded over missing teachers Shs20 billion SACCO money is on the spot again for delaying to release the funds to the off takers.

We have duly established from top Ministry of Finance officials that Zeus Agro Limited were selected to supply seeds and other agro inputs to over 40,000 farmers spread in Lango, Acholi Sub region and eastern Uganda.

Most of the farmers we talked to in northern Uganda are crying foul after missing out on the planting season.

The secretary to Treasury, Keith Muhakanizi as well as Finance Minister Hon. Matia Kasaija acknowledged that funds for this initiative were released and sent to MSC.

Much as the 20,000 farmers from northern Uganda had missed out on the planting season, there was a ray of hope for those from Eastern Uganda. But following continued delays regarding release of shs10 billion advance to the off-takers, the farmers have now petitioned the fountain of Honour and “Court of Last Resort”, President Yoweri Museveni to immediately intervene.

The farmers in a signed petition, that we have obtained have also demanded that Mujuni and his entire Board be probed for what they termed as ‘sabotage”.

The farmers reminded the president that they (farmers) contribute to over 80% of the nation’s GDP.

“As farmers drawn from across Uganda, we are mindful of the plight of the nation that relies solely on supplies, in terms of food from us. Reference is made to the previous resolution by Parliament of Uganda and Ministry of Finance to release funds to the tune of Shs50 Billion to the Micro Finance Support Center (MSC) to support farmers across Uganda. As we speak, the plight of over 40,000 farmers from Acholi, Lango Sub region and Eastern Uganda lies in muddles following the delayed release of these funds by the Micro Finance Support Center,” noted the farmers in the petition.

“As you are aware Your Excellency, as farmers, just like any other Ugandans, we were greatly affected by the COVID 19 pandemic. As the numbers of COVID 19 infections and deaths continue to rise, we should be on the ready to ensure steady provision of food to the nation,”: reads the petition that is also copied to the Rt. Hon Rebecca Kadaga, the Speaker of Parliament, Rt. Hon Dr. Ruhakana Rugunda, the Prime Minister, Hon Matia Kasaija Minister of Finance, Hon. Vincent Sempijja, Minister for Agriculture, Lt. Col. Edith Nakalema the Head of the State House Anti- Corruption Unit.”

The petition is also copied to the Board Chair Microfinance Support Center, Dr. Kisamba Mugerwa as well as Mujuni Peter, the ED MSC.

“Your Excellency, we draw your attention to the conduct of a one Mr. Mujuni Peter, the Executive Director of the Micro Finance Support Center, who was recently arrested, charged and detained over missing Teachers SACCO funds estimated in billions of shillings. Mr. Mujuni and his Board have caused untold suffering to the farmers in this country. As we talk, over 20,000 farmers from northern Uganda have already missed out on the planting season. The only hope is now on the over 20,000 other additional farmers from Eastern Uganda who have just a few weeks before the planting season ends,’ observed the irate farmers.”

They also demanded in the petition that the ‘cliques’ at the MSC are investigated for this alleged sabotage.

“The Uganda Police must immediately investigates and prosecutes the perpetrators of this injustice,” they noted.

Speaking to this reporter, Peter Mujuni, who is out on bail confirmed that government had indeed released the cash.

“It is true cash to the tune of shs10 billion was just released (this month). It is sad that the farmers from northern Uganda missed out on the planting season but those in the east will not miss out. We are waiting for the list of the farmers from the off-takers then we release the cash in three days,” said Mujuni last week.

Mujuni said it was better to delay the process than to release the cash when not ready and get into problems.

“What delayed the entire process was the issue of not having a list of the beneficiaries, once we get that we shall proceed to release the funds,” he said. Under the arrangement, government was to fund an off taker who would provide agro inputs to the farmers. They would then pay after harvesting.

Apparently the off- takers who are being funded by government for the agro input are the ones to purchase the produce from the harvest, deduct what was handed over to them in form of seeds, fertilisers and machinery and pay them the balance after deductions.

On Monday Mujuni said the MSC board was due to sit and review the request.