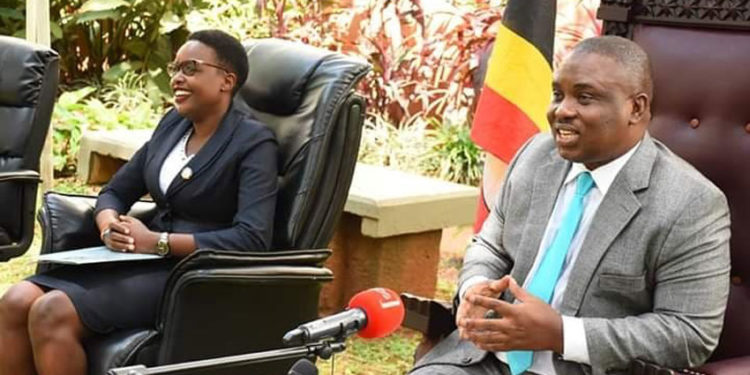 Shock, fear and panic engulfed the country on Friday evening when it was reported that Kampala Lord Mayor Erias Lukwago and his Deputy Doreen Nyanjura had tested positive for Covid-19.

The sad news was variously reported by different online tabloids before spreading on social media like a wild bush fire.

It had been reported that Nyanjura and Lukwago had been subjected to mandatory Covid-19 tests before it was established that they had the virus.

Reports also alleged that Lukwago in particular had been scheduled to meet with the FDC acting President Joyce Nabbosa Ssebugwawo before the incident was discovered. The meeting was consequently cancelled.

However in a WhatsApp conversation hours later, a perfectly healthy Nyanjura trashed the reports and asked the public to treat them with utmost contempt.

” Please, ignore the fake news. I have never tested positive for COVID19 and neither has the Lord Mayorship Mr Lukwago,” confirmed Nyanjura who was at her home by the time the interview was done.