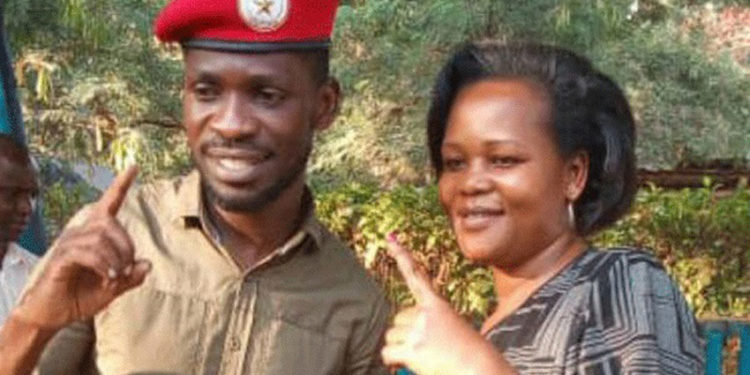 Right from the start, the decision by Mercy Walukamba’s led Electoral Commission on who would carry the National Unity Platform (NUP)’s flag for the very competitive Jinja City Woman legislator was always bound to stir a fierce controversy owing to the existence of two very strong candidates.

Mariah Namuwanga was a strong candidate, with her oratory superiority coupled with a commendable financial muscle causing itchy heads for the admirers of a more grounded Manjeri Kyebakutiika whom the public had seemingly endorsed for the task.

Although Namuwanga had showed interest in the seat long before NUP metamorphosed into it’s present form, her earlier allegiance to Basalirwa’s JEEMA party had made her to withdraw partially seemingly awaiting for a resolution on the way forward.

The silence on her part gave new comer Manjeri Kyebakutiika an opportunity to impress the public and rightly so, the commissioners on the Walukamba EC as early as May this year.

The purge on People Power supporters in Jinja shortly after Robert Kyagulanyi’s appearance at Busoga one and NBS radio stations by security didn’t spare Kyebakutiika.

Spending weeks on the run and sleeping outside her Bugembe home, the soft spoken MP hopeful was able to catch the attention of the decision makers at Kamwokya.

At the sixth coronation of the Busoga William Wilberforce Gabula Kadhumbula Nadiope IV late last month, Ms Kyebakutiika was grossly assaulted by the security forces in Jinja for allegedly wearing the red beret at a cultural function.

She would spend over two weeks hospitalised with both physical and psychological injuries after reportedly being tortured aboard a police patrol vehicle before being dumped at Jinja Main Hospital unconscious.

A blessing in disguise,the assault won her swarms of sympathetic supporters within the Constituency, benefiting from the massive media coverage that it came a long with which made her a real brand and made the work of the Electoral Commission an easy one at last.

Although late for the show, Namuwanga had in the later phase of the contest, was able to make her impact well felt in the new City.

With the backing of able brained leaders like the very strong Waiswa Mufumbiro, Namuwanga had as expected managed to tuck all the political boxes right in the race to grab the party flag from the soft but tactical Kyebakutiika.

Her strategy was to start big, enhance visibility in the city, then head to the ground where she would shake things up and reasonably give her stubborn rival a bloody nose.

With multi million investments in high-tech billboards, attractive posters everywhere, she had managed to paint the City red and made her a name a subject of public whispers.

Unfortunately, her opponent was not seating either. Aware she was financially disadvantaged, Kyebakutiika embarked on a ground based approach to the election and strict participation in party activities even when she clearly knew this would sometimes expose her life to grave danger.

Her numerous physical confrontations with security forces resultantly paid off by turning her into a darling of the people who sympathised and fell in love with her.

Those all watered down Namuwanga’s hard work, which led to the verdict by the leadership at Kamwokya yesterday.

Although a little grudgingly, Namuwanga became the first high profile party member to accept defeat and pledge her support for rival Kyebakutiika in the best interests of the party she very much believes in.

She says that despite numerous calls from her supporters to run as an independent in the race, she had chosen against the move for it would contradict with her beliefs on democracy and her party – the National Unity Platform.

Below is Namuwanga’s heart melting letter to the country shortly after her loss;

I have unapologetically spread the gospel of change with a red beret on my head and gone down the trenches of Jinja City reaching out to each and every person that had skepticism about a new party bringing the change it was preaching. My journey in the National Unity Platform has and will always be one to cherish!

Admittedly, there has been a lot of foul play going on in Eastern Uganda and precisely Jinja regarding the new party and it is my prayer and wish that such mishaps do not happen again for the good of democracy. We need to be a breed of honest politicians!

When I learnt of the news of losing out on the flag, I was deeply disappointed and I have since received calls urging me to run on an independent ticket, a proposition I have carefully scrutinized.

I congratulate Ms. Kyebakutiika Manjeri on this victory and we are now one side of the same coin.

I thank everyone that has been beside me throughout this journey and I am exceedingly proud of you.

Victory to Robert Kyagulanyi!
Victory to the National Unity Platform!