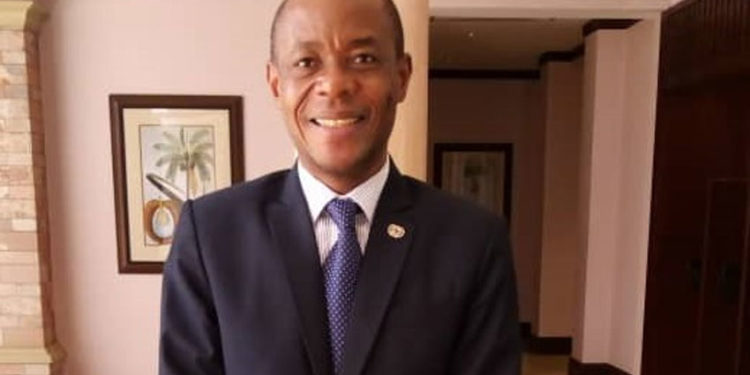 The United Nations has urged Civil Society Organisations in Uganda to champion human rights ahead of the 2021 General Elections.

The remarks were made by Mr. Robert Kotchani, Country Representative of the Office of United Nations High Commissioner for Human Rights (OHCHR) in Uganda while opening a three-day training on “Human Rights of the Youth during the electoral process 2020/21” organised by OHCHR in cooperation with Foundation for Human Rights Initiative (FHRI) and Citizens Coalition for Electoral Democracy in Uganda (CCEDU).

”I would like to thank my brother Livingstone and my sister Charity, as well as FHRI and CCEDU staff members, for their stern collaboration, which has resulted into this training,” said Kotchani.

He noted that for over six months now, the world has been confronted with the deadly COVID-19 pandemic, which has significantly changed the way of life. “This training was planned for the first semester of 2020 but had to be deferred until today,” he said at the training held at the Kigo Serena Hotel in Wakiso.

“Today, we are confronted with two facts that need no emphasis. First, the role of CSO in ensuring the protection and promotion of human rights in Uganda. Second, Uganda is already in the electoral period 2020 and 2021, with Local Governments, Presidential, Parliamentary to be conducted. Experience shows that it’s during these periods that human rights violations get aggravated. That is precisely why you are drawn from some of the districts that have in the past, experienced election related violence,” said the UN resident chief.

Adding: “This training focuses on honing your skills in detecting, documenting and reporting human rights violations, especially those affecting the youth, as you go about with your observation of elections so that necessary preventive and corrective measures can be taken by relevant bodies at the national, regional and international levels,” he said

The project is jointly implemented by the UN Resident Coordinator’s Office, UNDP, UNFPA and OHCHR, and it recognises the central role of the youth and women in sustaining peace and in the prevention of conflict.

Dr. Livingstone Sewanyana, the Executive Director, Foundation for Human Rights Initiative (FHRI) while addressing the youths said it is hard to be elected in Uganda when you are poor.

“You can’t win an election when you are poor, that is a dream, but we are not talking about bribery. But campaign spending. The questions of resources is critical during campaigns, you need money to make posters, pay for your campaign agents and move around,” he said.

Sewanyana said the incumbency is another factor that favors those already in politics. “They have all the resources at hand to outshine their opponents,:” he said.

He made the remarks during a “Human Rights of Youth during Electoral Process 2020/21” training held at the Kigo Serena Hotel in Wakiso District. The three day event that started on September 15- 17 2020 attracted over 30 Youth mobilisers from Kampala, and Wakiso districts.
He urged the observers to be on the look-out for Rented crowd, which he said works against free fair and inclusive elections.

Commenting about the new set guidelines by the Uganda Electoral Commission regarding digital campaigns that allows use of media especially radio and Televisions, Sewanyana observed that access to the media is a very important ingredient in elections.
“The choice of media is also very important. Even blogging on social media is also important these days,” he said.

CCEDU Executive Director Charity Ahimbisibwe Kalebbo urged the observers to look out for the abuse, the rights holders, and those who engaged in Human Rights Abuse and violations.

She said UCC was issuing orders to have all bloggers register with them, then the parent ministry (ICT) comes out and rubbishes the UCC directives. These directives make the already difficult situation worse.