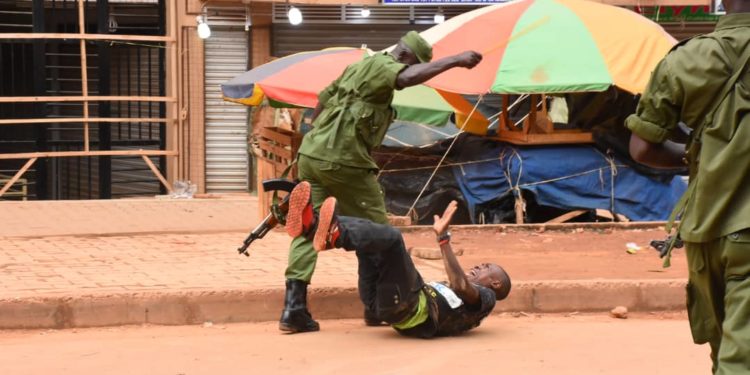 Through his lawyers Kaggwa & Kaggwa Advocates, Esagala said it came to his knowledge that a photo taken by him and subsequently published in the Monitor newspaper on the 5th of April, 2020 has been used in several adverts making rounds on different media sponsored by the accused.

“Our client has informed us there was no prior consent, credit or compensation given to him before his photo was used in your advert,” the lawyers said in an intention to sue notice dated 2 September, 2020.

“Your continued action of running our client’s photo in your advertisement on different media platforms including television (NBS) without our client’s consent amounts to copyright infringement contrary to copyright and neighbouring right act of 2006.”

The lawyers further requested the European Union sponsored DGF and Lapsnet to pay usage fee and damages of Shs1 billion due to the great risk their client faced while taking the said photo.

Copyright infringement against individual works in Uganda is widespread, unlike in the developed world, however, organizations at the level of Lapsnet and DGF always do due diligence before using anyone’s works including drafting of contracts or agreements.

In the case of Esagala, not even a phone call or email notification  or credits came to him, which the Freelance journalist says is an abuse to the works and sacrifices of photo journalists in the country.

His lawyers demand that, “We ask that the same advertisement be removed off air within 24 hours to put a stop to the continued infringement.

“Take notice therefore if you fail to pay the above mentioned sums together with 10% of the said sum as lawyers fees within 24 hours from the date of receipt of this letter our instructions are to sue you.”