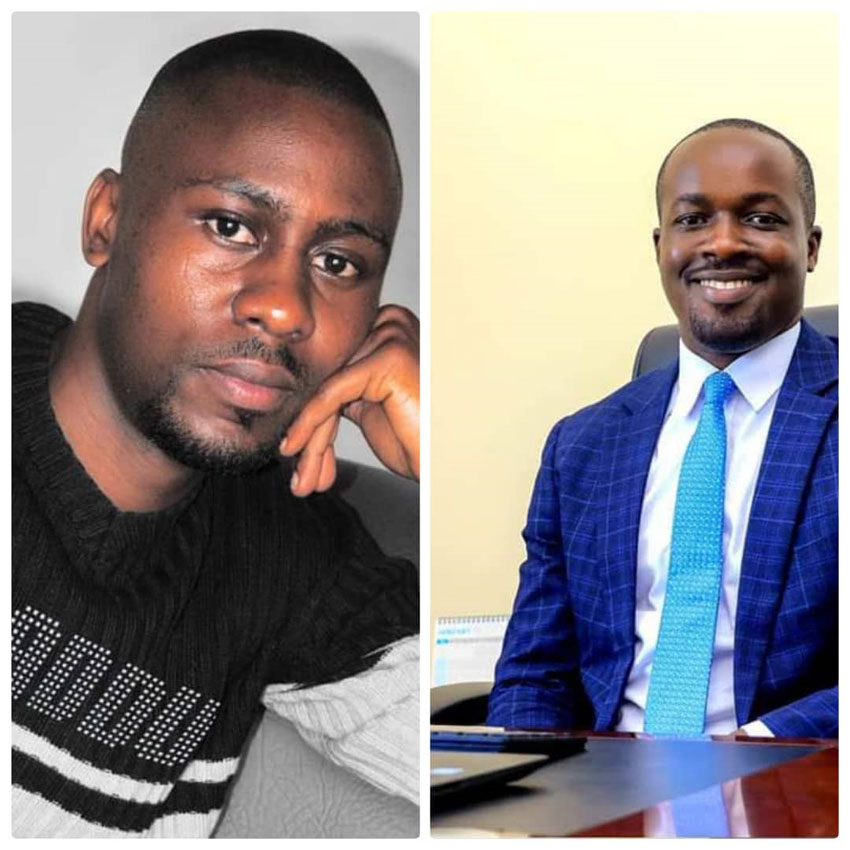 City advocate Andrew Obam of LOI advocates located at plot 9 Yusuf Lule road has run to court over a city web designer who defrauded him of millions of shillings in a contract to build a website for his law firm.

Obam was the lawyer in singer John Blaq’s social media accounts conflict with his two manager – cousin associates where the singer was seeking to repossess his accounts which had been held by the black label management.

This website has impeccably learnt that the company contracted a one Kaddu Peter of ULTIMATE DESIGNS LTD plot 9 Nasser Lane Fair house building in January last year to build, design and host a website for LOI advocates headed by Counsel Obam.

The web developer served a quotation which was approved by the client firm and fully remunerated with strict instructions to the Kaddu to speed up the process.

Kaddu did the work and handed over the site for the approval of the client to the great satisfaction of Council Obam.

The designer however kept on holding onto the login and admin rights to the site despite repeated appeals from the client to access full control to the site he had fully paid for.

The unsuspecting lawyer would later learn that the crafty designer had an ugly motive for holding onto the sight when he started sending extortionate threats to be paid more money or they risk losing access to the site.

Having responded they no longer needed his services and they wouldn’t pay him more since the site was by now meant to be in their hands legally having fully paid for it, the shameless web artiste chose to edit the page deliberately to make it look as though it had gone down.

As all desperate appeals by the innocent lawyer to Mr Kaddu turned fruitless, the law firm as a last resort opted to seek remedy from the courts of law.

They have resultantly issued an intention to sue to the errant designer and his company threatening to go pursue legal action against the unscrupulous website designer company.

In the notice, a copy of which this news site has seen, the offended party claims that the actions of Kaddu and his Ultimate Designs has caused a loss of about $30,000 USD (thirty thousand US dollars) raising from loss of access to their clients who send instructions through the web and loss of access to their email addresses which is the main medium of interaction between the firm and it’s clients.

” Due to your malevolent and thoughtless actions,we have been deprived of instructions worthy $ 30,000 ( thirty thousand US dollars) as a result of your actions of decoding the website as well as failing to access our email addresses…,” Reads the notice in part.

They also demand that the offender pays a total sum of $ 1086.9 USD within five working days or else be ready to face off with the angry Obam in court.

The situation here resurrects the widespread conflicts between web designers and their clients stemming from refusal to hand over full access to the site once work is done.

This they do with an objective of continuously keep extorting their unsuspecting clients of money in the name of web hosting and maintenance.

Some shamelessly unethical service providers go an extra mile by deliberately messing the sites so as to continue milking their clients of hard earned money.