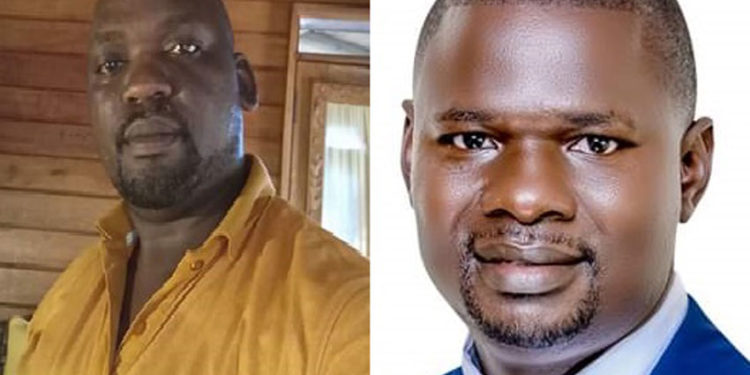 There was drama in Jinja on Tuesday 7 as former Jinja West MP candidate Paul Kawanguzi was picked by police on his way to Najjanankumbi to be nominated on Forum for Democratic Change (FDC) ticket ahead of  next year’s general elections.

The arrest has been blamed on the piling political tensions between Mr Kawanguzi and his closest challenger for the FDC ticket Dr Batuwa Lusala who has since swapped Kagoma (where he contested in the last general elections) for Jinja West.

Dr Lusala has been blamed by party members in Jinja for causing wars after leaving Kagoma for Jinja where he lost to the incumbent Moses Walyomu Muwanika.

“Dr (Batuwa) is the problem we have here. His decision to leave Kagoma to come to Jinja West seems not to be in good faith. He has fueled divisions in the constituency he met very United, ” says a one Kikonyogo Joseph a delegate for the FDC primaries in Jinja.

When contacted for a comment on the matter, Kawanguzi confirmed his arrest and accused Batuwa of being behind the whole saga.

Kawanguzi says he was dismayed when he was informed he was a wanted man at Jinja police station, promoting him to make contact with them with a commitment to report after the nominations which were scheduled for the following day (Tuesday 7)

On the final day of the party nominations, he was picked by police and immediately driven to Jinja Magistrate’s court where he would be remanded, a move he says could have been engineered by his rival to fail his nomination.

He was however released on bail and proceeded for nominations at the district party offices.

” All I can say is that we have successfully been nominated inspire of all the plots of our enemies to frustrate us. I would like to appeal to my supporters and FDC members at large to remain calm and have faith in our party to dispense a democratic solution through a transparent and fair election, ” he said.

Our efforts to reach out to Batuwa for a comment was futile as our calls to his known phone numbers repeatedly went in answered.