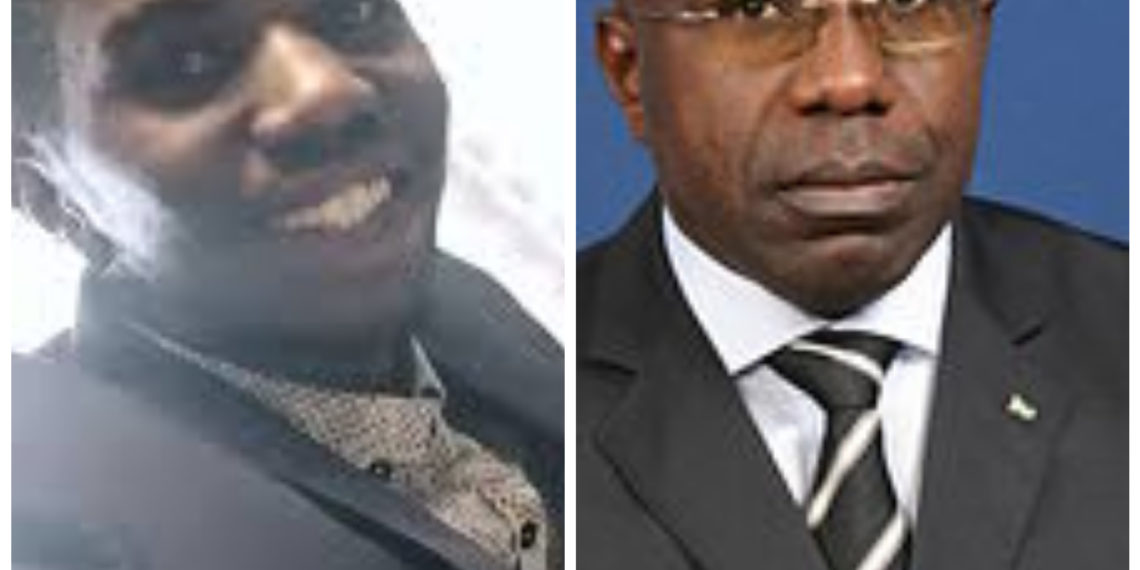 Mucyo Apollo, a son to the former Rwanda Prime Minister Dr Pierre Damien Habumuremyi has protested his father’s arrest, and has begged President Paul Kagame to have mercy on him.

Rwanda Investigation Bureau (RIB) on Friday last week arrested Habumuremyi over issuing bounced cheques and breach of trust. The cheques belonged Christian University of Rwanda, where he allegedly owns 60 percent of the shares.

Dominique Bahorera, the Acting RIB Spokesperson, said the bounced cheques were worth over Rwf100 million, both of which he allegedly committed between 2018 and 2019.

However, Mucyo through his instagram page @-uplow defended his father; among other things said he sacrificed a lot for Rwanda, encouraged reconciliation and was a hardworking fellow. He begged for mercy on his father’s behalf.

“How can this happen? How can you do this to us? My dad gave everything for the country and people at large. My whole childhood I didn’t see him often because he was coming home late at night working as the head of the electoral commission, representative in the EAC, minister and later prime Minister.”

“As a member of RPF, since I was even born he has always been a key figure in promoting the agenda of reconciliation of the people. YES! I was there and I saw it.He has been an important figure in the development of our country. He has and will always be the hardest working man you ever had on your team. Period. Best prime mister ever, by the way!”

“And now he’s locked up? For some minor charges that are just vague…Since 2014, your government has been coming for my family … questioning about properties that we acquired even before you even started giving my dad all those roles. And now he’s locked up because of charges related to him having set up a university? Trying t educate the young kids? No one is perfect but please not him, he did his part. Show mercy” Mucyo posted on instagram.

Betty Nambooze: We are the change we are waiting for