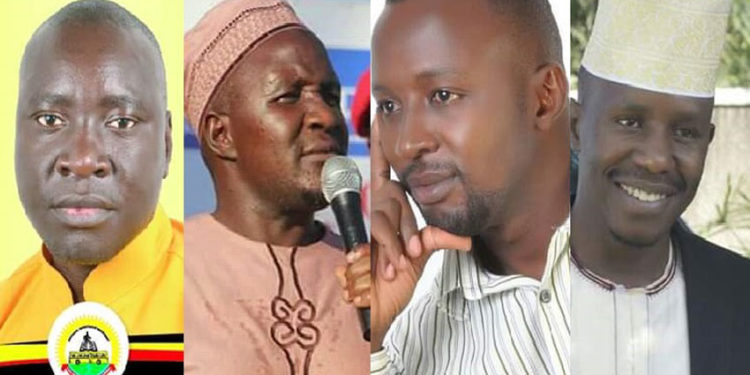 The recent political heat in Bugiri Municipality with two other contenders expressing interest in the seat besides the incumbent Asuman Basalirwa and his arch rival John Francis Oketcho will certainly signify a tough battle ahead for the JEEMA president and Bobi Wine’s strong ally who joined Parliament just two years ago.

Hamuza Evuga confirmed to Watchdog Uganda last week that he will be trying a second shot at the seat he sought in 2018 before being defeated by Oketcho in the NRM primaries.

He is joined with new boy on the block Ibrahim Nakendo who told this news website that his desire to see a pro people representation for the people of Bugiri forms the force behind his decision to seek the mandate for the post.

He argues that there is need for the people of Bugiri Municipality to consider giving an opportunity to the young blood who are also willing to work with the government in power to facilitate the development to the area.

Unlike Evuga who will be participating in the NRM primaries for the second time in less than three years, Nakendo will be making his debut in elective politics although he will be hoping to capitalize on his father Ahmed Nakendo’s legacy as former Bukooli North MP to salvage a win for himself.

The two Parliamentary hopefuls are both youths with some strong political backgrounds in their respective families which makes the contest too close to call between them.

According to David Mugoya – the NRM District General Secretary, the scientific nature of the elections road map recently announced by the Electoral Commission leaves Oketcho in an advantaged position as compared to his rivals who would have needed enough time to popularise their respective bids.

“Had there been enough time for the candidates to campaign and under the normal circumstances as has been in the past, Oketcho could have perhaps handsome trouble but with no time and liberty for candidates to reach out openly to voters, I can confidently project a win for him,” Mr Mugoya said.

However, Paul Oscar Mugoya who is conversant with the geopolitics of the area argues that the remnants of late Lyavala’s supporters are most likely to back one of the two other candidates in the race and warned about a shock result in the race that many have predicted in favor of Oketcho.

“Two years is too short a time for the supporters of Hajji Lyavala to have forgotten their pain of losing in a heated election. As such, they will be looking for an opportunity to revenge and don’t get surprised that they find it in either Evuga or Nakendo.” He told Watchdog Uganda.

Mugoya, a veteran UPDF officer also preferred pointing towards the influence of Islam in the politics of Bugiri Municipality especially with regard to the recent elections of 2018. During that particular election, muslims were rallied to speak the same language in rallying for Basalirwa’s victory and houses of worship became mobilisation points. It’s against that background that Mr Mugoya feels that should the same solidarity be exhibited this time again, Oketcho would face an uncertain future ahead of the NRM primaries which would deny him the chance to face off with Basalirwa at the final ballot next year.

All in all, Oketcho remains the favorite candidate to retain the NRM party flag for next year’s elections and should that be, focus should be turned to a repeat of the 2018 encounter between the two candidates where the incumbent won narrowly.