Kampala Deputy Mayors and their vulnerability to Museveni’s trickery: Will Nyanjura stick with Lukwago? 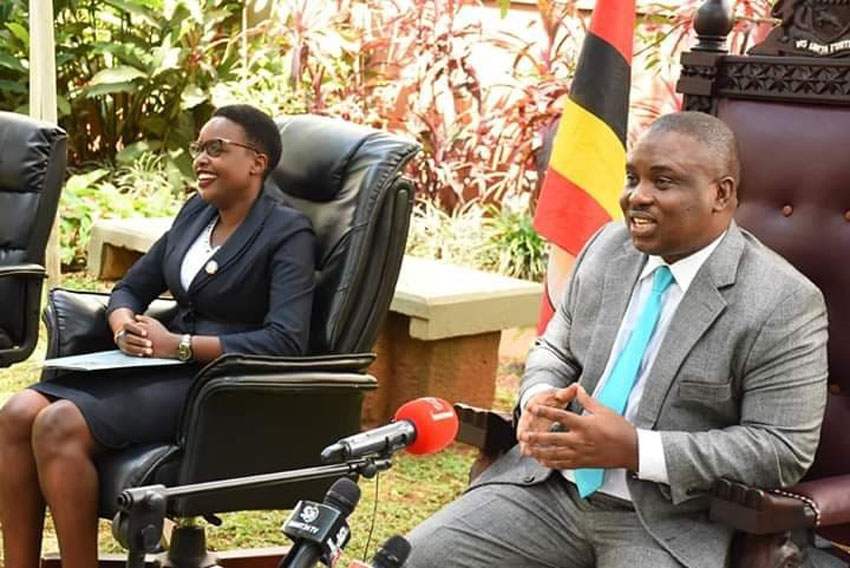 Dorothy Kisaka: Here are the 7 things I’m planning to do as KCCA Executive Director

The news of Lukwago’s deputy Sarah Kanyike appearing on the list of the new directors of Kampala Capital Authority must have deservingly shaken the man from Wakaliga since it hit him abruptly following a lengthy working period between the two without any friction.

Having faced a troubled tenure in his first term at City Hall between 2011 and 2016, characterised by envy and betrayal, Lukwago seemingly opted for a less ambitious female deputy believing that a male would easily get manipulated due to too much ambitions.

Having worked with Kanyike in the previous troubled council, Lukwago was with no doubt convinced that this woman was deserving of the prize of the second most powerful person at City Hall.

No wonder, a shocked Lukwago was swift to castigate Kanyike’s appointment to the KCCA directorship as betrayal, issuing a three days ultimatum for her to announce rejection of the job or else risk losing out on the Shs14m job as Deputy Lord Mayor.

And as soon as the three days elapsed, a visibly agitated Lukwago swung into action and unveiled Doreen Nyanjura as his new deputy to carry on the duties of the Authority for the remaining few months.

Lukwago who seemed to suggest that he had moved on from the unfortunate occurrence of Kanyike’s betrayal described Nyanjura and the new team as ” young, astute, resilient credible and foresighted, directly projecting an invigorated approach of work at KCCA”.

” I invoked the authority vested in the office of the Lord mayor and reconstituted and unveiled a new KCCA cabinet, comprising of a team of young, vibrant, astute, resilient, credible and foresighted leaders to wit; Hon Doreen Nyanjura, Deputy Lord Mayor and Minister for Gender, Community Services, Production and Marketing and Hon Kataabu Moses as Minister in charge of Finance and Administration,”

He promised to work with the new team to promote quality and transparent leadership that will live up to the expectations of the people of Uganda.

“We shall continue to vigorously pursue the vision and mission of transforming Kampala into a functional, resilient and livable city while upholding the values of equity, probity or accountability, social justice and inclusion, proper spatial planning Rule of Law and protection of our heritage. We do appreciate your unwavering support, guidance and wise counsel. Together we should build a functional City that works for all of us.” Lukwago pledged.

Kanyike is however not the first Kampala mayoral deputy to betray her boss at City Hall by openly or clandestinely falling in bed with the government in power.

The first was Sarah Nkonge a former trusted confidant of former Mayor Nasser Sebaggala. She was such a powerful opposition politician whom Ssebagala had trusted and empowered with the position of Deputy Mayor. At the time when her boss Ssebagala was languishing in the US prisons on fraud charges shortly after 2001,Nkonge served as the Mayor of the city until the time when he came back.

She, riding on the influence gained at City Hall unsuccessfully tried to have her way to Parliament in 2006 for Kampala Woman MP but she was miserably floored by NRM’s Margret Zziwa .

Scared of enduring five years of joblessness and economic humiliation, she finally gave in to temptations and met Museveni who had always aimed at recruiting her into his government. She indeed was given a job to serve as Private Secretary to the President in charge of land matters. She has since disappeared into near political invisibility after numerous attempts to make it to Parliament for Lwengo district where Cissy Namujju has become a perennial hard corn for her to crack.

The period between 2011 and 2016 must have been arguably the most difficult one in Lukwago’s political career. As a young legislator representing Kampala Central (2006-2011), had gained a name and all the game he would have needed to stay in Parliament for as long as he needed. He however decided to relocate his political interest to Kampala mayorship where he strongly believed he would be able to change the face of the city and have an age long contribution to be written and read about long after he is gone.

This was however not going to be the case. Laws were made which drastically reduced the powers of the office of the mayor in the new KCCA act. What ensued thereafter were endless wars with the then City Executive Director Jennifer Musisi Ssemakula. At the peak of these wars, Lukwago was kicked out of office Midway into his five year term in office. His Councillors voted to have him impeached and so he was!

What stood out was the disturbing revelation that his then deputy Sulaiman Kidandala was the ring leader of the camp of Councillors that engineered Lukwago’s ejection from office.

Even though, Kidandala has never come out to openly announce decamping opposition in favor of those in authority, those who see far especially in opposition (mainly FDC) have numerously alleged that he pocketed big from the government in order to frustrate his ally Lukwago.

The defection of another Lukwago close ally Florence Nakiwala Kiyingi who was equally perceived as a vibrant woman leader in DP also amplifies Museveni’s appetite for those close to the opposition stalwart from Wakaliga. She originally centered her politics around Kampala where she stood for Woman MP on being herded out of Mengo by new Katikkiro Peter Mayiga. Just like Kanyike, Nakiwala was initially very close to Lukwago in her opposition politics and considered him to be her mentor. Nakiwala, on losing the MP bid in 2016, defected and became even Minister in Museveni’s government in a deal she claimed was brokered.

All that said, Lukwago’s trust in his new Deputy Nyanjura is evidently boundless. Having fought with all his might to have her become Speaker in the elections held early this year, there were two major lessons to be learnt. One was about the strong and trustable character of the FDC diehard and two is that she is the most trusted person by Lukwago at KCCA.

For Museveni who seems interested at all times in breaking the heart of Lukwago, an ally of his political arch rival Besigye, one can’t rule out a phone call from State House for a cup of tea between the new Deputy Mayor and the country’s CEO.

The question however remains; if at all the others have given in, would Nyanjura stick to her already known principles of opposing Museveni at all costs or also be another disciple of the biblical Judas Iscariot? 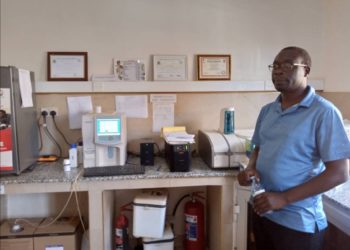