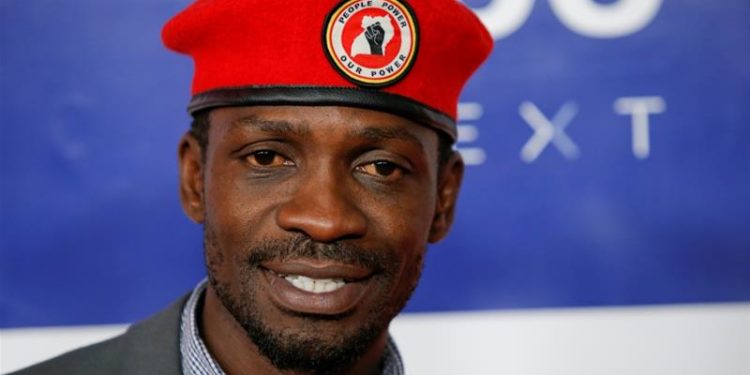 Speaker Rebecca Kadaga has opened war front on Robert Kyagulanyi, MP Kyadondo East, by forwarding his name to her Rules Committee which is in charge of disciplining legislators.

By singling out Bobi Wine for punishment, Ms Kadaga is opening a war front on views of young people whose ideas are represented by the former singer.

Kadaga, an iron lady, is not afraid of a fight and from the look of things, wants the People Power movement leader to fall on her feet, apologise and retract words that he said recently in relation to Parliament’s greedy move to award itself sh10 billion from the supplementary budget meant to fight the COVID-19 pandemic.

Bobi Wine, described the cash bonanza, which the speaker had barred MPs to comment about, as a “bribe”. Each MP received sh20 million on their account to cater for ambiguous activities.

Whereas some MPs gave people lining up at their homes as the excuse for accepting the money, some refused and opted to return the money. Among the MPs is the trade and industry minister Amelia Kyambadde. The others are Robert Kyagulanyi, Luttamaguzi Ssemakula, Gerald Karuhanga, among others. The rest of MPs took the money giving one excuse after the other.

MP Karuhanga from Ntugamo municipality challenged the move in court and he got a stay barring MPs from using money which had a couple of hours been deposited on their accounts. Attorney General William Byaruhanga has already warned the legislators that they should not touch the money, but, the speaker has continued to encourage MPs to use the cash since none of them is party to the law suit instituted by Gerald Karuhanga.

Karuhanga said the greedy parliament could not have robbed the health budget which was already constrained. He said the sh10 billion was deducted from the sh104 billion which was meant to cater for health.

Uganda has registered more than 70 cases of Corona Virus and still counting. No one knows what the end of the Covid-19 will be in sight. And therefore no policy maker can as of now determine how much money is needed to put up a fight.

Bobi Wine who did a song to sensitize masses about dangers and prevention measures for Covid-19 has been named one of COVID-19 heroes by global news network, CNN. His criticism of the House he is part of, could not have come at the right time, following donations made his organization to the COVID-19 national taskforce and the fact that his fellow MPs have decided to take out of the treasury money to pretend to feed the poor, when in other countries, different leaders have taken a salary cut to contribute to the welfare of the vulnerable populations during the global lockdown.

Uganda has 45 million people and about nine million is categorized as very poor, living hand to mouth. President Museveni government asked for a budget to feed 1.5 million in Kampala. It is not clear if the government has plans to move across the country to feed the rest of the people who at anytime or already, are facing starvation.