by Allen Kisakye
in National, News
24 1 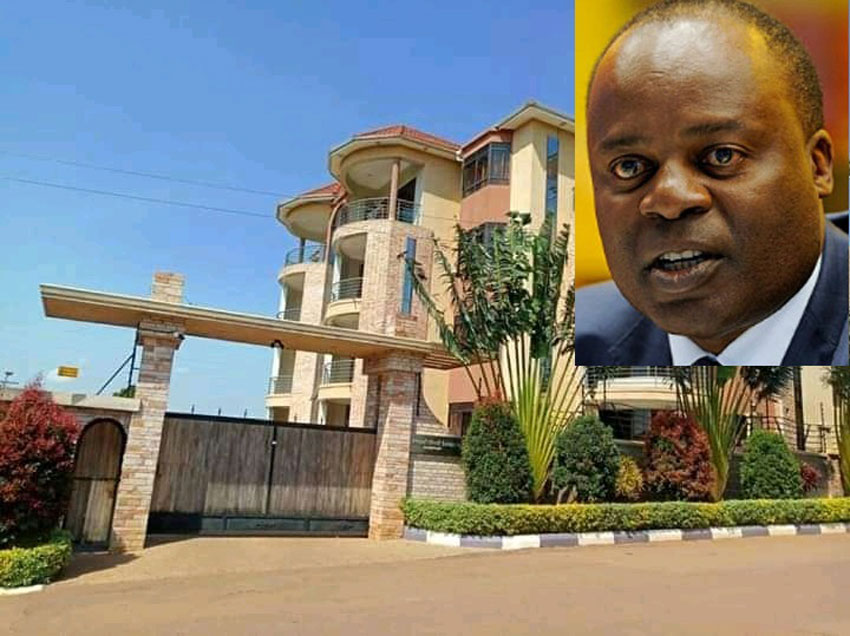 Louis Kasekende, the former Bank of Uganda (BoU) Deputy Governor has sold off his posh apartments that are located in Bunga Kawuku.

According to sources, these apartments where put on sale for the past five months without getting a buyer till recently when a real estate businessman, a one Kikambi bought them off at approximately Shs4 billion.

Selling the apartment however raised eyebrows because recently, the 61-old-year was put under pressure after a whistle blower petitioned the Inspector General of Government (IGG), to investigate his wealth.

In a letter received by the office of the IGG on Monday, March 2, 2020, titled “Confidential Notes”, the whistleblower claimed that Dr. Kasekende whose contract expired in January but President Yoweri Museveni did not renew it, had accumulated a lot of “illicit wealth.”

The whistleblower said in accordance with the Leadership Code Act 2002, all public servants and leaders are required to declare their wealth to the IGG, but Kasekende didn’t declare his wealth.

“He has acquired a lot of money and property in Luzira, Bugolobi, Buloba along Mityana road, and Naguru and evidence is attached to this effect” read the report.

It further continued “Kasekende’s wealth leaked are beyond, he has account in one of the banks in Zambia and this account I will avail the evidence with time. Deputy Governor who earns a salary of Shs45m per month and Shs13m in allowance has multi-billion properties in leafy suburbs of Kampala and Wakiso districts. Some of this property leaked in media last year.”

“Kasekende and wife own other properties in the United Kingdomwhich the IGG needs to investigate and these property evidence is attached. Many witnesses are ready to give evidence to that effect as long as they are protected by your office. Mr Kasekende was involved in the selling of Crane Bank, he chaired all meetings but there was no meeting minutes when they were dissolving Crane Bank . Juma Kisami, former Managing Director DFCU bank wired money to Kasekende’s account in Zambia. If your office is ready, evidence will be provided.”

In October 2018,the IGG started an investigation into the wealth of 100 BoU top officials including Kasekende , his then boss Governor Tumusiime Mutebile among others.

In his declaration of income, assets and liabilities form to the IGG, Kasekende revealed that he garnered his wealth through savings from research grants, salary, travel allowances, mutually agreed separation allowance from AfDB, pension BoU and AfDB as well as a disturbance allowance by Bank of Uganda.

In the same form, Kasekende, who was reappointed deputy governor on January 18, 2015, also lists rental income as another source of wealth, citing five properties in upscale Gaba, Lubowa, Ntinda, Naguru and Kololo valued at Shs2.1b, Shs1.4b, Shs0.39b, Shs1.3b and Shs2b. These, he declares, bring in a monthly fee of USD13,233 (Shs52m).

On top of that, Kasekende has a residential house worth Shs0.5b as well as a farm valued at Shs500m and Greenhill Academy (jointly owned with his wife Edith Kasekende) among other multi-billion assets.

Everything you need is already within you!

16 features you didn’t know you could use on Whatsapp