COVID-19: Ugandan Judge forced to further remand Chinese nationals who escaped from quarantine after their interpreter demanded for payment in court 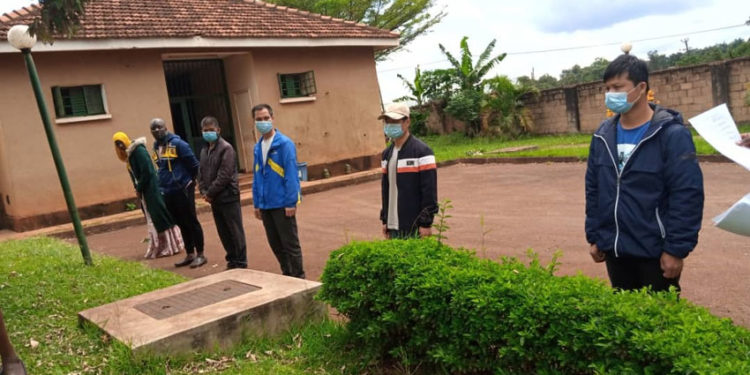 A Chinese interpreter’s decision to discontinue his service in the midst of a court session involving his countrymen forced the judge to further remand six Chinese national charged with disobedience of lawful orders on Tuesday.

The six – Huang Haiguiang, Li Chaochyan, Lin Xiaofang, Qin Shening, Liang Xinging and Huang Wei – had appeared before Nakawa Court Chief Magistrate Ruth Nabaasa on Tuesday. They pleaded guilty to the charges that stem from their attempts to sneak out of Uganda to the DR Congo via Zombo after escaping from Covid19 quarantine in a Kampala hotel without completing their mandatory 14-day quarantine.

After pleading guilty of disobeying lawful orders, an act likely to spread infection of a disease, they were supposed to be sentenced. But Magistrate Nabaasa was shocked when interpreter Michael Zhong suddenly stopped interpreting for the six demanding that he be paid first for his service.

Left with no option, Nabaasa adjourned the court proceeding to May 04, remanding the convicts until then. When they return next month, the six are expected to be sentenced.

Meanwhile, their co-accused, Abdu Matovu who drove them and Swabu Nansuna his wife, denied the charges and were also remanded.