Who says coronavirus is sexually transmitted? Just give them condoms! Social media defends quarantined people having sex with each other

by Allen Kisakye
in National, News
62 3 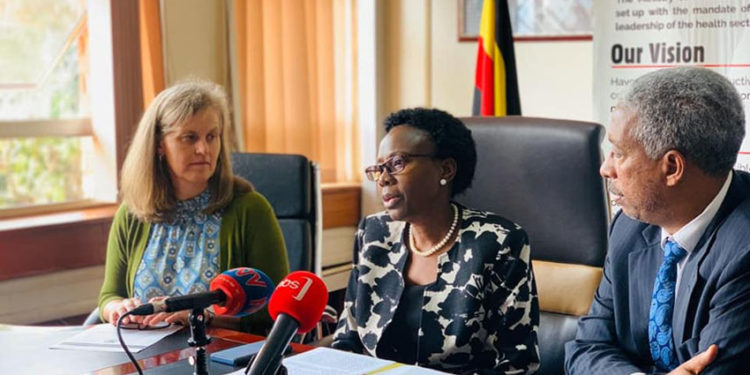 A section of social media users have come in defence for people engaging in sexual activities with each other in institutional quarantine centres.

The Ministry of Health permanent secretary Dr Diana Atwiine on Monday revealed that Ugandans living in institutional quarantine centres had started having sex with each other.

Dr Atwine while on Radio One talk show said they were greatly concerned that the practice was jeopardizing the government’s efforts to curb the spreading of the disease because these people get out of their rooms and have romance with other people who they only met in quarantine centres.

“Ugandans are not serious. Some who are in quarantine have even begun having (sexual) affairs. They move to rooms of others in the hotels where we have placed them. Others like in Mulago move from their rooms to visit their colleagues who are in other rooms, this is too dangerous and it will distract our efforts,” said Atwiine.

She revealed that this was the reason some people have not been released ever since they learnt about this practice.

The ministry gives 14 days for the targeted people to remain in quarantine so that they keep them from spreading the disease.

However, some social media users see no problem with people engaging in sexual acts since the act is a fundamental right for humanity.

They advise the government to instead provide the quarantined people with condoms to prevent unwanted pregnancies and contracting of HIV/AIDS.

Robert Sengooba- What’s the problem there, sex is part of our fundamental right.

Sseruma Keith- Don’t you enjoy it as well when you go back to your homes? Leave us alone.

Danson Tugume-Now what do you expect them to do?

Timo Flavia-So provide them with Condoms.