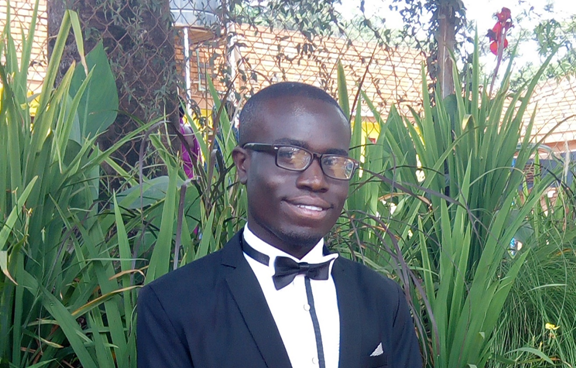 It is now an undebatable fact that health workers especially those in the front line have higher odds of getting infected with Corona virus due to the increased exposure time with the infected persons. When cases of COVID19 were first reported at the end of last year, the World Health Organization issued the first edition of guidance on infection prevention and control (IPC) strategies for use when infection with a novel coronavirus (2019-nCoV) is suspected and that guidance was based on knowledge of the situation in China and other countries where cases were identified.

It is very costly on addition to taking a lot of resources to train fresh health workers compared to providing the already trained health workers with adequate personal protection equipment (PPE) and if the government of Uganda does not give priority to protection of the front line health workers then the country will be heading for doom as we have already read about a number of doctors and other cadres of health workers who succumbed to the deadly contagion in countries like China, Italy, Spain just to mention but a few.

Occupational health deals with all aspects of health and safety in the workplace and has a strong focus on primary prevention of hazards. The health of the workers has several determinants, including risk factors at the workplace leading to communicable diseases and others. In the same light, if provided with the right and adequate PPE, Ugandan health workers can be protected from the occupational hazard of getting COVID19 from their infected patients.

Recently in the Washington state of USA a physician and emergency doctor by the name of Ming Lin was fired by his organization for speaking out about the complete lack of personal protection equipment (PPE) for front line staff. Hope I will also not get fired for speaking about the same but anyway sincerely speaking the firing of Dr.Ming was very unprofessional and it was actually an act of dictatorship which I didn’t expect to come from a developed state like USA.

Before flights were banned, I interacted with one of my friends who is doing a master’s degree in public health from one of the universities in Uganda and she was working with COVID-19 surveillance team, she told me that she had spent the whole day at the airport with the rest of her teammates screening for corona virus among the passengers from the planes which had landed in the country and among those undergoing institutional quarantine. She told me that she had some flu which she was worried about that she could have gotten infected with the COVID-19. She expressed her fears and assured me that she will never go back for the job again simply because they were not being provided with adequate protective gears except one mask per person and a pair gloves of gloves per head, a thing which was putting their lives at risk.

During my interaction with that lady who was a front line health worker, I realized that she was willing to serve her country but her greatest fear was contracting the disease due to inadequate protection and probably infecting her family members with the same. No health worker is immune to infection from Corona virus as majority of Ugandan health workers go through the dilemma and conflicting loyalty of choosing to serve his or her country with the available inadequate protective gears or to sit with folded arms and watch the disease spread among Ugandans.

I have heard and watched on news some cases where health workers from some health facilities in rural parts of the country took off after patients presented with signs similar to that of COVID-19. Aware of the high virulence and the mode of transmission of the virus, the health workers never wanted to take any risk by handling the suspected cases without having adequate protection. I am sure that those health workers would not have taken to their heels if they had the necessary PPE required to protect themselves in order to handle the suspected cases

Health workers take Hippocratic Oath while graduating from the medical school, this oath guides the health worker to focus his or her care of each patient not only on the use of skillful and current techniques but also on the recognition of the unique needs and welfare of the patient. This professional devotion of the compassionate health worker to the patient may be eroded as the concept of the oath faces challenges from limited supplies of logistics such as the personal protection equipment. FOR GOD AND MY COUNTRY

The writer is a Medical Epidemiologist and an Associate Lecturer