Could Stella Nyanzi have been poisoned? Here is what some FDC top officials think 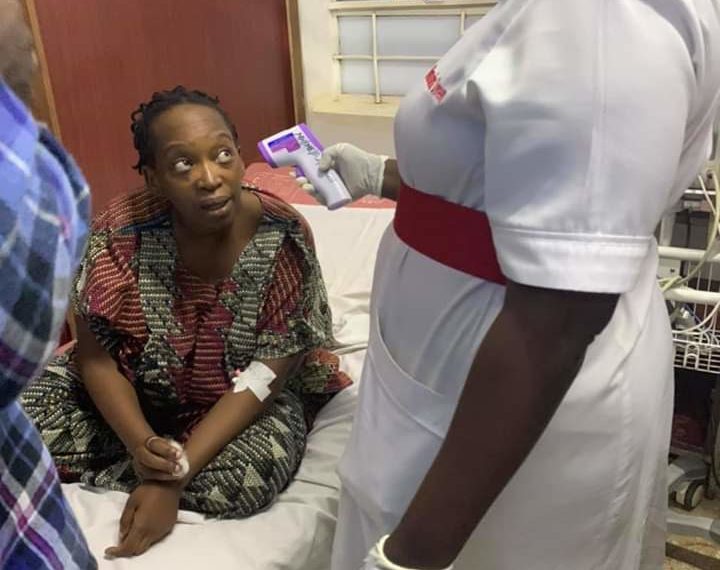 Former Makerere University research fellow Dr Stella Nyanzi has spent the last three days at Mengo Hospital after she was reportedly rushed there in critical condition with some symptoms pointing towards a possible poisoning.

Mr Fred Mutiibwa, the Deputy Chief administrative Officer at Najjanankumbi told this website that there were indeed fears that the FDC strong woman could be battling with body poison after exhibiting some visible signs to the same.

” In her position,you cannot be wrong to suspect she was poisoned. She showed signs of someone poisoned as she was being taken to the Hospital on Monday evening with foam coming from her mouth,” Mutiibwa told the watchdog on Wednesday 8.

Although Nyanzi has outrightly ruled out any possibility of poisoning, some from within the party feel the controversially uncompromising Museveni critic could be acting cautious so as not to worry her family.

According to Ms Ingrid Turinawe, the FDC National Secretary for Mobilization, Stella Nyanzi looked so unwell right from the day she was released from Luzira.

“Stella came to court on stretchers, being supported by four female Prison Warders as she could not walk on her own and I knew she wasn’t well,” she explained in a telephone conversation with our reporter yesterday.

Ms Turinawe’s explanation seems to suggest that in case it gets proved that Nyanzi is indeed battling poison, it’s most likely that she could have been poisoned from Luzira where she spent the last one and a half years in incarceration until early this year.

“I have been following what she has been writing and also spoke to her in her current situation and all I can say is that she has not been fine since the day she was released from Luzira. I remember her coming to court supported by four prison Warders as she could hardly walk on her own. Whatever she must have passed through while in Luzira could have certainly been a hell, ” Ms Turinawe informed us.

Just like Ingrid, FDC vice chairperson for Eastern Uganda Proscovia Salamu Musumba is not ruling out the possibility of poisoning to her comrade in the struggle for change. She says that since there is a lot of poison in circulation in the country. According to the former MP for Bugabula South, every one especially those in opposition to President Museveni’s government are at a risk of being poisoned.

” All I can say is that under the prevailing situation, you can not rule out the possibility of poisoning. There is a lot of poison in circulation and the risk is not limited to the opposition but also to those within the government, ” Said Musumba.

She advises that those within the opposition should always endeavor to go for routine screening as it’s the only way to avert the threat since early detection is the only remedy.

She says that the most common type of poison used in Uganda is that that causes heart attack and it’s always unlikely that a victim would survive for that long unless when they are out of danger.

“If she is still alive at this time,then that’s very good news for us. It means she is out of danger and I expect her to be back soon,” explained Musumba.

She however added that the days ahead are not going to be at all easy for the Kampala woman hopeful as her full recovery is expected to be gradual.

As someone who has been through the same situation, Musumba is hopeful that Nyanzi must be out of danger after she has fought on up to this time.

People Power spokesperson Joel Ssenyonyi says their movement had sent someone to check on the bedridden anti Museveni activist and could confirm that Nyanzi was still feeling unwell but was skeptical on concluding about the cause of the illness but also added that under the current circumstances, one wouldn’t despite the allegations entirely.

He said that he was aware that Nyanzi had been tested for poisoning and they were awaiting for the medical report which he says will be released soon.

Harold Kaija, the FDC Deputy Secretary General also confirmed the poison allegations but was hesitant to divulge details as he was under instructions from the party to protect the privacy of the patient.

President Museveni to AfDB: price of electricity too high