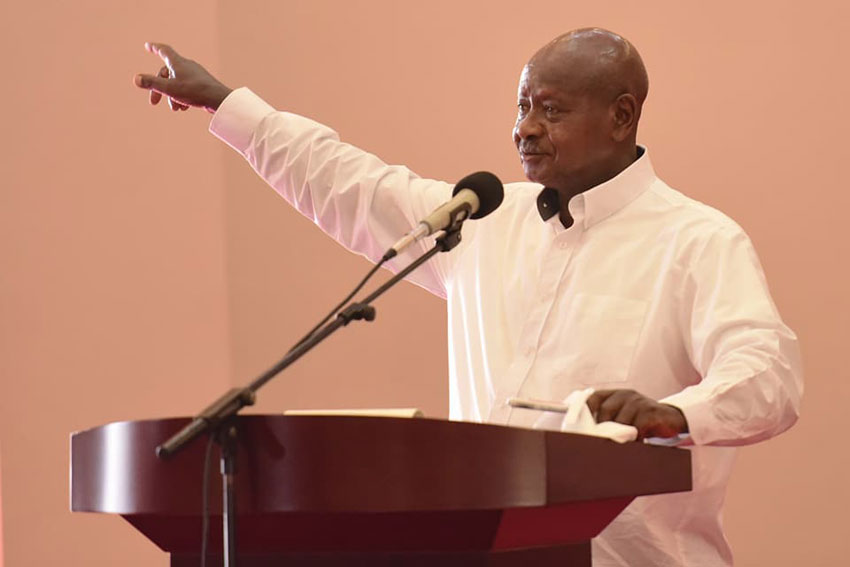 President Yoweri Museveni has downplayed the idea of mass testing for coronavirus arguing that it’s very expensive and it can not curb the speed at which the virus is spreading.

On Monday, while announcing more stringent measures to control the spread of coronavirus pandemic, the president suspended private cars, he also announced curfew starting from 7:00 pm to 6:00 am in the morning.

However, later people on social media advised him to carry out mass testing for the COVID 19 disease to get the exact number of cases Uganda has and maybe he may reduce on the tough measures he had announced.

On Tuesday while making some clarifications on the new measures and responding to social media queries  Museveni said that Uganda can not afford mass testing since it’s costly and it can not be a basic alternative.

“My social media team told me that some people are advocating for mass testing, but it’s very expensive and also to me I see it as a meaningless because we may test someone today and tomorrow shows signs, I think we shall go with testing when someone shows signs like cough, fever, tiredness and difficulty breathing (severe cases),” he said.

Museveni added mass testing is expensive as compared to testing individuals that have shown signs. “

He also clarified on the issue of the number of people supposed to be gathering. “When I said that people more than five should not gather, I meant theses people idle gathering in centres playing cards. But at the wedding 10 people can gather in a distance,” he said.

Uganda currently has 44 confirmed coronavirus cases, the latest 11 people who tested positive are children from Watoto church choir who were put in quarantine upon their return from UK.