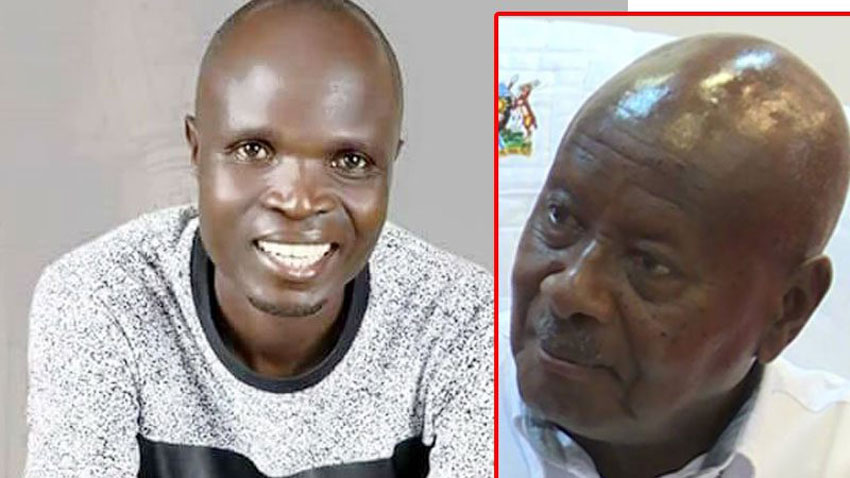 Singer Ronald Mayinja is in tears after being forced to sell his hotel in order to refund the money he got from President Yoweri Museveni.

The hotel in question is known as Roma Motel which is situated along Entebbe Road.

Amon Arinaitwe, Mayinja’s business partner also cofounder of his ‘Peace for All, All for Peace’ initiative recently told Mulengera news website that the ‘bizeemu’ singer met Museveni at his Kisozi farm where he was given three cars;- two pickups and a V8 plus cash to help him run his political movement activities.

However to Arinaitwe, whereas the cars were meant to ease their work as they traversed the country preaching the “positives” of Museveni’s government, Mayinja turned them into his personal property something that is holding back their work since these were the only “tools” and “financial support” which the initiative had.

It was also revealed that the ‘bizeemu’ singer went ahead to sell the V8 used the money for his own purposes.

Following the incident, Mayinja’s partners were not willing to lose out on the initiative’s property thus forcing the singer to return the property and money he got from the president for the good of their political organization.

“Mayinja’s Roma Motel is on sale by mafias. They are saying that he sold their car V8 which was given to him by the president so he was told to pay and he failed,” a source told this Website.

It ought to be remembered that Mayinja launched the initiative early this year attracting criticism from the People Power pressure group to which he initially belonged. They accused him of receiving money from Museveni to fail Bobi Wine, a claim he has always denied until now when it has been confirmed by his deputy, who also wants the singer to return the movement’s property after failing to put them into good use.

During the launch of ‘Peace for All, All for Peace’ initiative in January this year, Mayinja outlined five key tasks that they intended to accomplish, including carrying out nation-wide tours to sensitise Ugandans on the importance of peace, compose music that promotes peace in differed local dialects, and downplaying divisionism.

Others were to promote mutual respect among Ugandans irrespective of their divergent views on social, political and economic trends in the country and mobilise more Ugandans to be part of the peace movement.

According to Mayinja, they decided to come up with the movement to foster peace and co-existence as a key factor in social, political and economic transformation.

“We members of Peace for All, All for Peace, recognise that our country’s history is characterised by social and political instabilities, with the absence of peace since independence; that social and political instabilities are the fundamental bottlenecks to social, economic and political transformation; that some actors do not appreciate the importance and prominence; resolved and undeterred with commitment to foster positive change in the cause of a peaceful Uganda….,” the document read.

In 2018, Mayinja was also denounced as a member of the Democratic Party (DP) as officials claimed that he was not a registered party member. This followed Mayinja’s performance at one of the ruling party’s (National Resistance Movement) events after it won the age limit case.