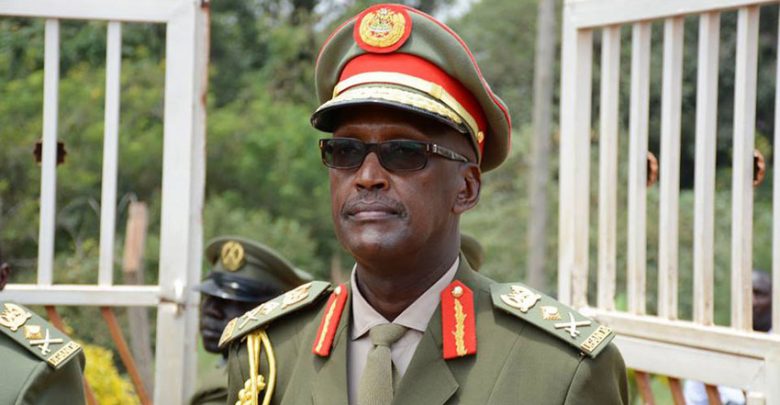 Gen Henry Tumukunde, who recently declared interest in standing for presidency, must have got a false start to his campaign.

On top of a negative perception against his candidature as one on a mission to disorganize opposition forces, what was left of him was blown away with a call to Rwanda to come to the rescue of opposition forces in overthrowing President Yoweri Museveni from power.

With Uganda and its southern neighbor still jostling over border closure and counter accusations of fanning rebellion in either countries, Gen Tumukunde who was appearing on NBS television’s Morning Breeze show on Thursday, shocked his audience when he called on Rwanda to come to aide Ugandan opposition in their bid to defeat Mr Museveni, who has been an incumbent for 34 years.

“Is the problem between Uganda and Rwanda a security problem? I thought it was bigger than that. If I was Rwanda, I would support people who wish to foster change in Uganda. The issue is that of management and leadership,” Gen. Tumukunde told Simon Njala Kaggwa, the show’s host.

Gen Tumukunde’s words cannot be taken lightly as he is a very knowledgeable and respected security chief in the region. He is also the first high ranking security officer to publicly call on Rwanda to topple a government in Uganda.

Generals Museveni, Paul Kagame and Tumukunde are former guerillas who overthrew Tito Okello junta who had overthrown Milton Obote. Afterwards, Gen Kagame, then a major, led forces to overthrow a regime in Rwanda of Juvenal Habyarimana.

Whereas one would have expected relations between Uganda and Rwanda to be cordial as the two administrations share a common history, it has not been the case.

Gen Tumukunde who has previously served in the army as intelligence chief, and most recently as Minister for Security, finds it difficult to confidently tell naysayers that he is not duping the credible opposition as Amama Mbabazi, did.

In the NBS interview, Gen. Tumukunde saluted Mr Mbabazi for standing against Museveni in the 2016 elections despite a miserable posting.

Nevertheless, Tumukunde was one of the main architects for failing the Mbabazi presidency, a job that got him rewarded with a ministerial docket.

Today he explained that the assignment to dismantle Mbabazi was pegged on his final release from the military.

“I would not be here if I had not cooperated,” he said.

Although hours later, the retired General came out to explain himself – saying ‘I was discussing a subject called SECURITY – the mention of Rwanda as coming to Uganda rescue attracted a bashing from government officials familiar with the operations of the two countries.

“This is the most reckless statement I have heard from anybody running for President. Inviting a foreign country to interfere in our politics which is in contravention with the UN Charter and other regional protocols?” he tweeted on his @adoniaayebare handle.

“And I wish the moderator @SimonKaggwaNjal had probed him further on what happened if he became President thru these means and then again the same country that meddled and supported him continues to meddle by supporting those opposed to his government.”

Journalist Andrew Mwenda, believed to be close to both Museveni and Kagame, accused Tumukunde of being responsible for Uganda – Rwanda sour relation in a bid to fix former police chief Gen. Kale Kayihura.

“Watching Tumukunde on NBS reminded me of Grace Ibingira’s 1966 quip: Fate is a great joker, it always laughs last. Tumukunde lied to Museveni that Kale Kayihura was colluding with Kagame to overthrow governmet. Now Tumukunde is appealing to Kagame to help him overthrough M7,” he wrote.

Explaining his fall out with Gen. Kayihura, the former spy chief said his disagreements with the former police boss were operational, not personal.

“I disagreed with Gen. Kale Kayihura on fundamentals of security because that was our docket. I hope people learn from history,” he told Njala Kaggwa.

The former security minister however, expressed disappointment at how he was pushed out of government.

He now believes Ugandans have not been properly mobilized to remove Museveni from power, saying, he banks of the 30 per cent who have never voted Museveni.

OP-ED: Men are now the weaker sex, we are discriminated

OP-ED: Men are now the weaker sex, we are discriminated