Modern Day Slavery: The tale of a Ugandan girl trapped in Saudi Arabia who has been sold nine times in 11 months 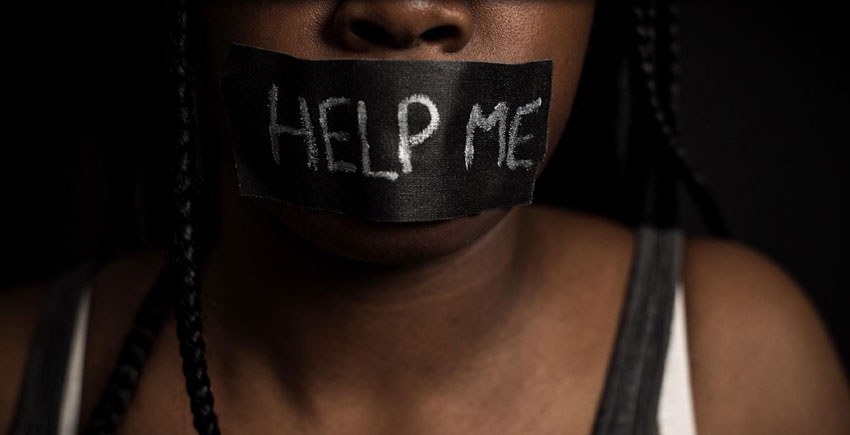 Saudi Arabia is a destination country for men and women subject to forced labour and, to a lesser extent, forced prostitution.

Men and women from Bangladesh, India, Sri Lanka, Nepal and many other countries majorly in Africa voluntarily travel to Saudi Arabia, Jordan, UAE among others as domestic workers or low-skilled labourers, and many subsequently face conditions indicative of involuntary servitude, including nonpayment of wages, long working hours without rest, deprivation of food, threats, physical and sexual abuse, and restrictions on movement such as the withholding of passports or confinement to the workplace.

Although many migrant workers sign contracts delineating their rights, there are reports of working conditions that are substantially different from those described in the contract.

Some migrant workers also never see a contract at all, leaving them especially vulnerable to forced labour, including debt bondage.

Within the current sponsorship system, a company, private person or administration can be the “sponsor”.

The company, as a sponsor, has a great responsibility towards the Saudi authorities in particular, especially within the framework of the Saudization policy, Saudi Arabia’s job localization policy.

Recruitment agencies also play a major role in the placement of workers in Saudi Arabia. Due to the clause in the system requiring that foreign workers receive permission from their employer to obtain an exit visa before leaving the country, there have been reports from migrant workers being forced to work for months or years beyond their contract term due to their employer not granting an exit permit.

In a phone interviewm Jacky a Ugandan from Mityana in the Central region, says her dream was never to go and work abroad. She had diligently studied with a passion to be a teacher, serve her country and sketch a future for herself. In deed she successfully became a teacher and set out to do what she wanted to do all her life-Teaching.

She struggled for over two years in the country’s Capital Kampala, some times going without basic necessities, but living on hope that things would be fine soon.

When things persistently failed to work out, the beautiful enthusiastic young teacher started getting a second thought. Since there were not many options back home, she was painfully convinced all she had left to do was to go out and try life in an uncertain world where stories of the many who have not made it back home alive or physically and psychologically disabled would send chills through her spine.

In Saudi she says life “was a mystery for me. We had arrived at the airport with about 20 other girls from Uganda. We slept at the airport since it was late in the night and the following day we dispersed with each going their separate ways. In the group, four of us went to the same office whereas some were picked directly from the airport by their employers or sponsors,” Jacky narrates.

While at the office, they were told they would be taken to what she heard them calling “the camp” but never cared much after all she didn’t know what it meant.

On the very day of arrival, she along with her other friends from Uganda, Ethiopia, Djibouti, Naples and Philippines were driven to the camp where they were to live in a school dormitory-like environment. While there, they were provided with food and other necessities but they had to cook it by themselves.

She met Martha, a Ugandan single mother in her late twenties and they became so close. Martha had been in the foreign country for six month and been to over ten houses, but never spending more than a month in any of them. She has a spinal problem owing to an operation she had back home, which renders her body too weak to manage the extreme energy intensive chores . She had sought to come back home but her bosses would never allow that since they have a claim over her. They demanded about $1600 (over Shs5m) before she can buy her freedom! Real slavery. Isn’t it?

Shocking enough is that this poor single mother has not received the money she went to work for and her only prayer was that she remains alive to go back to Uganda and meet her helplessly deserted young ones.

For Jacky, she didn’t stay long at the camp. Just a day after her arrival, she was picked and taken for a medical checkup and three days later she says ” I was called and told I was wanted at the office and we drove a few kilometers from the camp to the office,” she said, her voice sounding teary. She must have been crying.

“Jacky, stand upright,” her boss ordered her with authority in his Arabic language, as the other couple in the same room stood, tilting my body from one angle to another as though they were haggling over a bull in a rural market in Nakasongola. The lady who she later learnt she would be her boss’s wife shook her head in the affirmative and the office bearer, with a look of victory on his face waved his hand, signalling to take up a seat.

“I was later asked to speak to my would be masters and we chatted about what the next life I would soon be living really looked like. I felt I was a captive. Left with nothing but rather my breath.  I agreed to go with them after all there weren’t many options for me,” she explains.

That was just one of the many times she would go through the pain of being sold like an item in the market. She has since been sold nine times in eleven months.

What happens is that some business people buy these girls from Uganda and other parts of Africa and stock them, selling them off for cheap labour, while they make abnormal profits.

Some times they are bought for a month or two or three and on expiry of the term, they are brought back to the office and a such for a new labour master resumes.

Some times you are lucky to get a good house and sometimes a bad one.

Though she feels she would like to come back home, she is unable as she has been told she is not allowed until two years are done. She has got no passport since it’s held by her slave masters.

To the extremes, some girls are forced to have intercourse against their will. Sarah Nakawuki (not real names), was molested since the first day she arrived in Jordan. She had been connected directly from Uganda to her employer in Jordan.

On arrival, she was received by an extremely excited old man in his early sixties if not late fifties. Her new master’s visual appearance made her predict an heaven she had not been able to find even for once back in Uganda.

On reaching home, there was no one else apart from her and this stinkingly wealthy old man. ” Maybe madam will come back later,” she thought but then ignored it.

She did not cook and that evening, this gentleman cooked and brought her food to eat. He was a good man. Not so? She must have thought.

In the night, she was shocked when the man informed her she would be sharing a bed with him once in a while and also told her she had particularly come to do that job.

She tried seeking advise from friends on social media group platforms and all what they offered her was embarrassing. She later gave in and resorted to wait until her contract ends so she comes back home.
And these are just few of the situations. Some of the people have lost lives from this hell called externalization of labour.

Government must act now to provide employment so the young population can stay home and contribute to the development of their country other than being abused as they work to boost host countries.