by Mubiru Ivan
in National, News
18 2 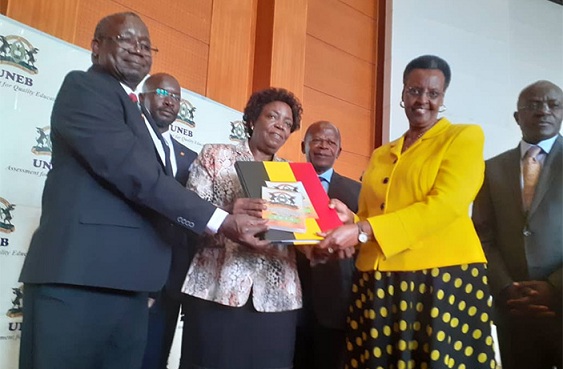 A total of 1,433 candidates have been advised to repeat senior six after failing to obtain any principle pass in last year’s Uganda Advanced Certificate of Examination (UACE).

This was revealed by the UNEB Executive Secretary, Dan Odongo while releasing the 2019 UACE results on Thursday in Kampala.

“A total of 1,433 candidates have not been able to obtain any principle pass, hence they obtained F and are supposed to repeat,” Odongo said adding that results of 126 candidates have also been withheld.

Mr Odongo further revealed that overall performance improved compared to that of 2018 and that, female candidates performed better than their male counterparts.

A total of 43,625 female candidates registered for the 2019 UACE. This number constituted 41.8 per cent of the total number of candidates who sat for the examinations.

Meanwhile, 98.6 per cent of the candidates qualify for UACE certification.