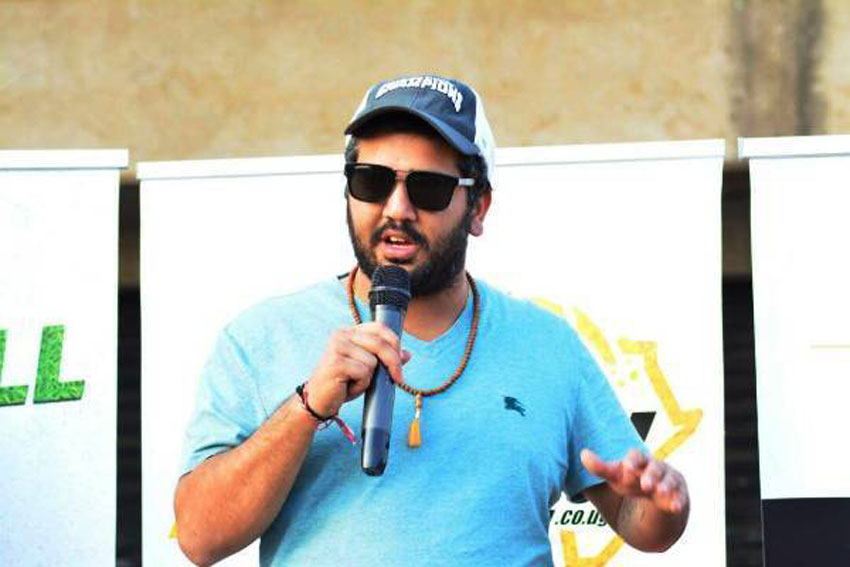 Rajiv Ruparelia, the Managing Director of Ruparelia Group has revealed his company’s readiness to invest in growing medical marijuana in Uganda.

During an interview with Sanyu FM over the weekend, Rajiv said that they are in the final stages of acquiring land where the cannabis will be grown from.

“We are also just waiting for the cabinet to pass the cannabis bill because we want to invest into the medical cannabis industry. Like I said we need to be fore thinkers, we don’t need to be following every other nation so I’m very proud of our cabinet, parliamentarians because of the action taken in this initiative to drive it fast than our neigbours,” the businessman disclosed.

Rajiv also noted that the medical cannabis industry is going to partly solve the problem of unemployment since its going to create thousands of jobs in Uganda.

“Yes, we are going to have some challenges; there are some organizations fighting this but I find it unnecessary because by the end of the day, our primary goal should be economic development, making our country better for our people. As a strong believer of this program, I have already tendered in my application and I’m really hoping cabinet can sit down and pass this bill because it’s going to be a game changer for Uganda and its going to inspire new industries to evolve.

“Uganda has the best environment, cheap labour force, available land so there’s no reason why we should not be doing it,” Rajiv asserted.

Last month, the government of Uganda set up 15 strict guidelines that will be followed by companies that need to grow marijuana in the country.

Among the guidelines, individuals and companies seeking to grow and export the cannabis for medical purposes will be required to present minimum capital of Shs18.3 billion and a bank guarantee of Shs4 billion.

The investors will also be required to present a tax clearance certificate from Uganda Revenue Authority, lists of employees and their description, a valid addition to cannabis and audited accounts.

The marijuana farms must not be located near schools, hospitals and residential areas and in case of any associates /business partners , the details must be disclosed to government , including site designs, a robust security system with access control system and intrusion systems in place.

Currently, more than 100 companies both foreign and local have positioned themselves to grow and export marijuana in the East African country.

The government has already formed a committee chaired by the Internal Affairs Minister Gen Jeje Odongo, to screen the applicants with a view to kicking out ‘speculators’ and recommending ‘serious companies and individuals’ for medical marijuana licenses.

So far,  one company—Industrial Hemp (U) Ltd has already been licensed to grow and export medical cannabis.

The company is currently working with Together Pharma Limited, one of the biggest Israeli cannabis firm on the Tel Aviv Stock Exchange.

They have so far invested Shs1.3 trillion in Hima, Kasese and they are expected to export medical marijuana from Uganda in March this year.

What is medical marijuana?

According to WebMD, Medical marijuana uses the marijuana plant or chemicals in it to treat diseases or conditions. It’s basically the same product as recreational marijuana, but it’s taken for medical purposes.

The marijuana plant contains more than 100 different chemicals called cannabinoids. Each one has a different effect on the body. Delta-9-tetrahydrocannabinol (THC) and cannabidiol (CBD) are the main chemicals used in medicine. THC also produces the “high” people feel when they smoke marijuana or eat foods containing it.

What is medical marijuana used for?

Medical marijuana is used to treat a number of different conditions, including:

Eating disorders such as anorexia

With the 2021 general elections just around the corner, a good number of politicians have already expressed their interest to...

Human Rights activists are demanding government through its Ministry of Justice and Constitutional Affairs to revise the country’s penal code...

Court rules sex among cousins is not incest