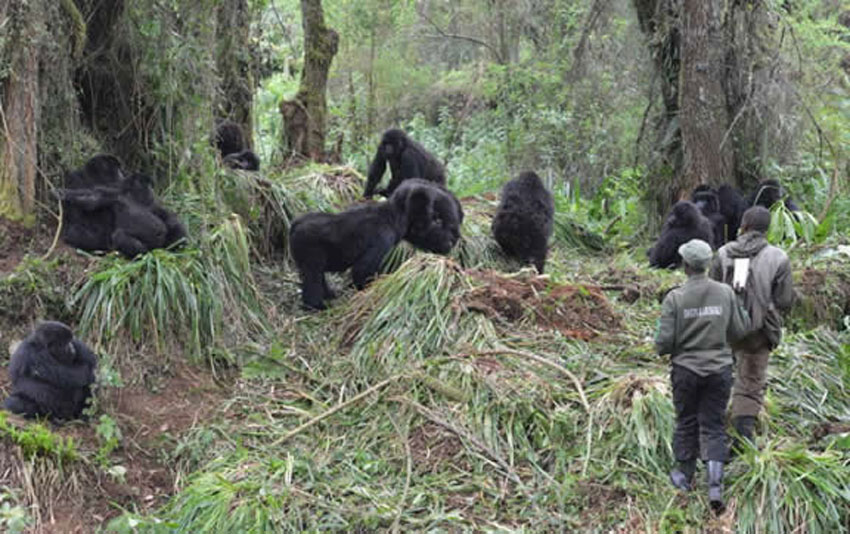 Four mountain gorillas have died from a suspected lightning strike in Virunga Massif.

This was revealed by the Greater Virunga Transboundary Collaboration (GVTC)- an organisation that was formed in 2015 to foster regional management of natural resources in the shared Virunga landscape.

“GVTC is deeply saddened by the unfortunate deaths of four mountain gorillas from the Hirwa family in Mgahinga National Park in Uganda. The mountain gorillas are suspected to have been killed by a lightning strike on 3 February 2020,” GVTC said in a public notice on Friday.

“The deceased gorillas include three adult females and a male infant.”

GVTC further stated that its team accompanied by the Uganda Wildlife Authority (UWA), Rwanda Development Board (RDB) and Gorilla Doctors assessed the cause of death as well as identified the state and health of the other family members.

“A post-mortem was performed and samples collected for detailed laboratory analysis. Based on the gross lesions from the post-mortem, field assessment observation and history, the tentative cause of death for all four individuals is likely to be electrocution by lightning. Confirmation of the cause of death will be issued after a histopathology laboratory exam of the collected samples, which is expected to take 2- 3 weeks.

“The GVTC and her partners will continue to closely monitor the health of the group.”

PROFILE: Who’s Irene Kaggwa who has replaced Eng Mutabazi at the helm of UCC