by Lawrence Kazooba
in National, News
28 0 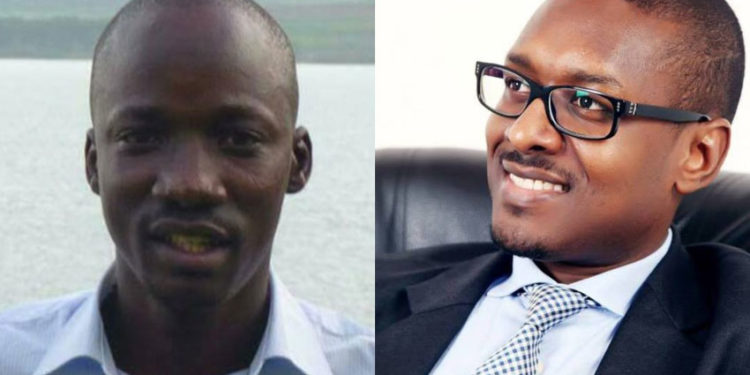 Early this month, a witness made a shocking revelation in the Matthew Kanyamunyu trial case which could actually tilt the ground of this controversial case involving the death of a child rights activist Kenneth Akena in 2016.

The witness, whose identity was withheld for security reasons, revealed that two 6-inch toothed artery forceps, clamping parts, and seven towels were recovered from the body of Kenneth Akena, whose family is now seeking justice for the man who lost life in his prime.

The witness had appeared before the criminal division of the High court to testify in a case in which businessman Kanyamunyu, his Burundian girlfriend Cynthia Munwangari and his brother Joseph Kanyamunyu are charged with the murder of Akena in November 2016. The whole country has been unquestioningly focused on the above trio since the unfortunate and tragic death, however, no stone should be left un-turned to find justice for the late.

The witness who was part of the team that conducted a postmortem examination on November 13, 2016, a day after Akena passed on at Norvik hospital in Kampala made revelations that need to be cross examined and analysed further.

Matthew Kanyamunyu, his brother Joseph Kanyamunyu and Munwangari were arrested in 2016 on allegations of the murder of Akena after the deceased told doctors and his brother that his car had knocked the accused’s car at Lugogo mall parking yard in Kampala, upon which Matthew drew out a gun and shot at him. The deceased had reportedly gone to apologize to Kanyamunyu after he knocked his car.

It was Kanyamunyu and his girlfriend Cynthia who took Akena to Victoria Clinic and thereafter Nakasero Hospital from where the victim was transferred to Norvik Hospital on Bombo Road where he died the following day.

A witness told court presided over by Justice Steven Mubiru that when they did the postmortem examination on Akena’s body, they found – abandoned in the in the abdominal cavity – two surgical instruments and seven towels all soaked in blood.

This provides a new twist few people had considered i.e. criminal causation in circumstances of negligent doctors. Could doctors have mishandled Akena’s case, thus leading to his untimely death? If two forceps, medical clamps and seven mops left in one’s body are not potent enough in causing death, then what is?

The witness’ conclusion in the post-mortem that Akena had died of hemorrhagic shock and gunshot injuries may be presumptuous since in his own testimony he unknowingly introduces another cause, that of medical negligence, owing to the foreign bodies found in the abdomen of the deceased which doctors should not have left in.

The revelation of the medic has left many people wondering what could have happened to Akena.

An expert surgeon who preferred anonymity to speak freely on the matter told this investigative website that if it’s really true that foreign equipment was recovered from Akena’s body, then it was gross negligence on the part of the medical practitioners who did the operation on the deceased.

“Whenever we have a death in theatre; what we call a death on table (DOT), we continue as if it is normal surgery in that when the person dies on an operating table, we remove every instrument we were using. He adds, “Usually we have a white board where we write every instrument we have removed and then we match up what was there before the operation. This is a standard procedure during an operation.”

The surgeon said, “Then there are these things we call surgical mops [towels], we also count them and we remove them. So, if a procedure was going on and the patient passed away and you got a death on the table, of course surgery stops, everything is then removed from the patient, he/she is properly stitched back and we move back to other post operation procedures.”

He further noted that when an autopsy is conducted and foreign bodies apart from stitches are found in the patient’s body, it is absolute gross negligence and that puts questions as to the integrity of the whole procedure. whether this patient would have survived if proper procedure had been followed, becomes the operative question.

“It is not usual in medical practice for people conducting autopsies to find medical equipment…,” he concluded.

The revelations of the witness and the surgeon point to further interest in the real cause of Akena’s death and shade an inquisitive light into the sorry state of the country’s health care system which has turned many clinics and hospitals into veritable death-traps.