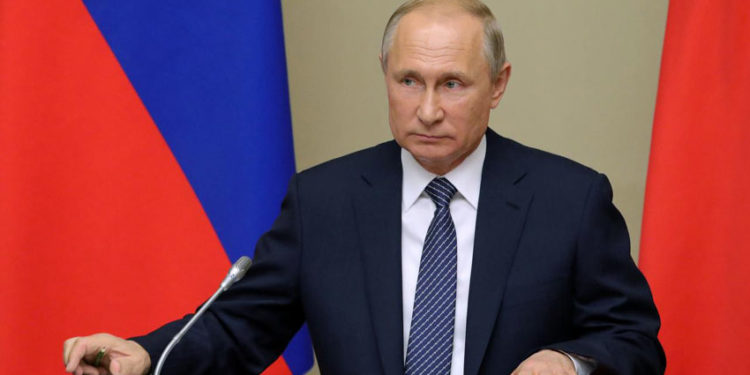 Russia’s government has resigned, hours after President Vladimir Putin proposed sweeping constitutional changes that could prolong his stay in power.

If approved by the public, the proposals would transfer power from the presidency to parliament.

Mr Putin is due to step down in 2024 when his fourth term of office comes to an end.

But there is speculation he could seek a new role or hold on to power behind the scenes.

Mr Putin put forward his plans in his annual state of the nation address to lawmakers. Later, in an unexpected move, Prime Minister Dmitry Medvedev announced that the government was resigning to help facilitate the changes.

Russian government sources told the BBC that ministers did not know about the government’s resignation ahead of the announcement.

“It was a complete surprise,” one source said.

What is Mr Putin proposing?

The Russian leader said during a speech to both chambers of parliament that there would be a nationwide vote on changes that would shift power from the presidency to parliament.

Constitutional reforms included giving the lower house of parliament, the State Duma, “greater responsibility” for the appointment of the prime minister and the cabinet.

Currently, the president appoints the prime minister, and the Duma approves the decision.

Mr Putin also suggested an increased role for an advisory body called the State Council. The council, which is currently chaired by Mr Putin, comprises the heads of Russia’s federal regions. Mr Putin said it had proved to be “highly effective”.

Limiting the supremacy of international law
Amending the rules that limit presidents to two consecutive terms
Strengthening laws that prohibit presidential candidates who have held foreign citizenship or foreign residency permits
What was the response?
Mr Medvedev made his announcement on state television with President Putin sitting next to him.

“These changes, when they are adopted… will introduce substantial changes not only to an entire range of articles of the constitution, but also to the entire balance of power, the power of the executive, the power of the legislature, the power of judiciary,” Mr Medvedev said of Mr Putin’s proposals.

“In this context… the government in its current form has resigned.”

Mr Putin thanked Mr Medvedev for his work but said “not everything” had been accomplished.

He asked Mr Medvedev to become deputy head of the National Security Council, which is chaired by Mr Putin.

Mr Medvedev has been prime minister for several years. He previously served as president from 2008-2012, switching roles with Mr Putin – a close ally – after the latter served his first two terms as president. Russia’s constitution only allows presidents to serve two consecutive terms.

Even when he was prime minister, Mr Putin was widely seen as the power behind then President Medvedev.

Opposition leader and leading Kremlin critic Alexei Navalny said he believed that any referendum on the constitutional changes would be “fraudulent crap”. He said Mr Putin’s goal was to be “sole leader for life”.

The last time Russia held a referendum was in 1993 when it adopted the constitution under President Boris Yeltsin, Mr Putin’s predecessor.

Mr Putin became acting president following Mr Yeltsin’s resignation in 1999 and was formally inaugurated a year later. He has held the reins of power – as president or prime minister – ever since.