Why MP Ssekikubo was re-arrested 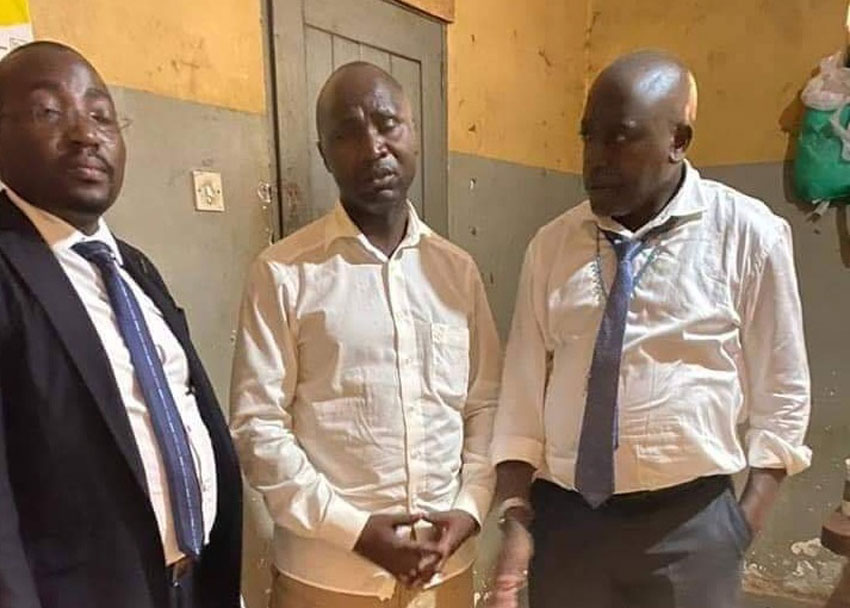 Ssekikubo (middle) after being re-arrested on Wednesday

He spent a night at Masaka Police Station.

Ssekikubo was on Monday January 13, 2020 charged and remanded over unlawful possession of a fire arm, inciting violence, obstructing a police officer and threatening violence.

The Masaka Grade One Magistrate Court Deo Ssejjemba, who presided over court session heard that on 2nd August 2010 while at Ssembabule District Headquarters playground, Ssekikubo had in possession a pistol without a valid fire arms certificate.

It’s alleged that he also used the same firearm to do acts calculated to cause death or physical injury to voters who had gathered to elect District NRM Structures. He was however released after the state’s failure to adduce court records regarding his alleged skipping of bail in 2010.

Why the legislator was re-arrested;

Greater Masaka Police Spokesperson Paul Kangave revealed Ssekikubo was rearrested because of the files in Masaka that the police have been investigating in connection to inciting violence on January 10, 2020.

“When we took these files before the State, they were sanctioned and we had to rearrest him,” Kangave said, adding, “We are going to arraign him before Court so that he can listen and answer to the allegations of the file that we have been investigating.”

“We have the case of inciting violence which he committed this year.”

Ssekikubo was first arrested last week after he, along some livestock farmers in the area attempted to forcefully enter Lwemiyaga Cattle Market which had been closed by police closed last week following a recent quarantine imposed on the District.